09 OCTOBER 2014 - BANGKOK, THAILAND: A man wearing yellow prays for Bhumibol Adulyadej, the King of Thailand, during a prayer service led by Buddhist monks on the plaza in front of Siriraj Hospital. People wear yellow when they pray for the King because it's the King's color. The King has been hospitalized at Siriraj Hospital since Oct. 4 and underwent emergency gall bladder removal surgery Oct. 5. The King is also known as Rama IX, because he is the ninth monarch of the Chakri Dynasty. He has reigned since June 9, 1946 and is the world's longest-serving current head of state and the longest-reigning monarch in Thai history, serving for more than 68 years. He is revered by the Thai people and anytime he goes into the hospital thousands of people come to the hospital to sign get well cards. PHOTO BY JACK KURTZ 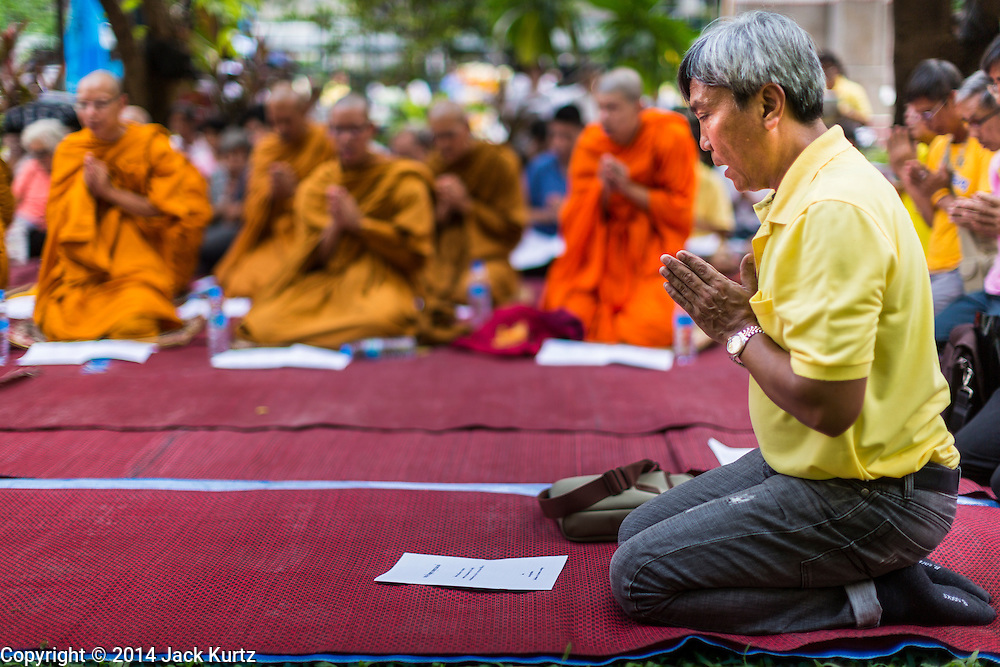