29 SEPTEMBER 2014 - NAKHON NAYOK, NAKHON NAYOK, THAILAND: Royal Thai Army T-84 main battle tanks parade past the reviewing stand at the retirement ceremony for more than 200 Thai generals including Gen. Prayuth Chan-ocha, who led the 22 May coup against the civilian government earlier this year. Prayuth has been chief of the Thai army since 2010. After his retirement, Gen. Prayuth will retain his posts as head of the junta's National Council for Peace and Order (NCPO) and Prime Minister of Thailand. Under Thai law, military officers must retire at 60 years of age. The 200 generals who retired with Prayuth were also his classmates at the Chulalomklao Royal Military Academy in Nakhon Nayok. The T84 is Thailand's main battle tank. The tanks were purchased from Ukraine. PHOTO BY JACK KURTZ 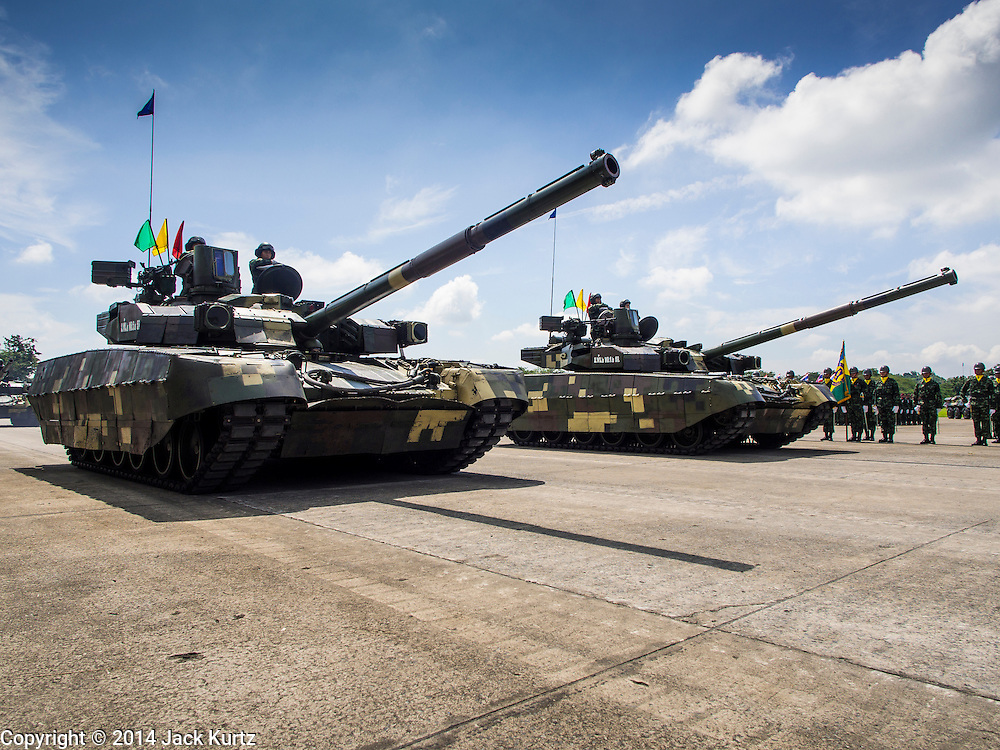