24 SEPTEMBER 2015 - BANGKOK, THAILAND: A mortally wounded ram bleeds out after being sacrificed during the celebration of Eid al-Adha at Haroon Mosque in Bangkok. Eid al-Adha is also called the Feast of Sacrifice, the Greater Eid or Baqar-Eid. It is the second of two religious holidays celebrated by Muslims worldwide each year. It honors the willingness of Abraham to sacrifice his son, as an act of submission to God's command. Goats, sheep and cows are sacrificed in a ritualistic manner after services in the mosque. The meat from the sacrificed animal is supposed to be divided into three parts. The family retains one third of the share; another third is given to relatives, friends and neighbors; and the remaining third is given to the poor and needy. PHOTO BY JACK KURTZ 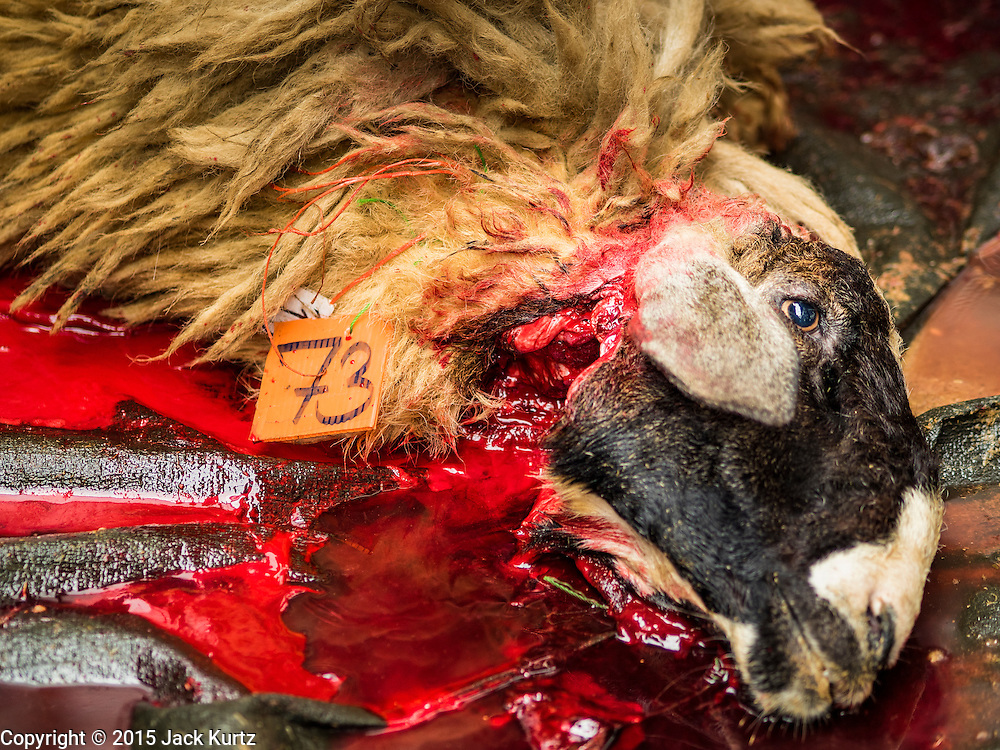