09 NOVEMBER 2020 - NEWTON, IOWA: Members of the 10 person audit board recount ballots by hand in Jasper County. The Jasper County (Iowa) auditor ordered a manual recount of 561 votes from Clear Creek Poweshiek precinct in Mingo after vote totals were incorrectly transcribed on a spreadsheet. The incorrect vote total tabulation could affect the outcome of the election for Iowa's second congressional district. The incorrect transcription awarded more votes to Republican Congressional candidate Mariannette Miller-Meeks than she actually won and changed the outcome of the race. The corrected totals changed 162 votes and put Rita Hart, the Democratic candidate in the lead by 282 votes. The race is one of the closest races for a Congressional seat. PHOTO BY JACK KURTZ 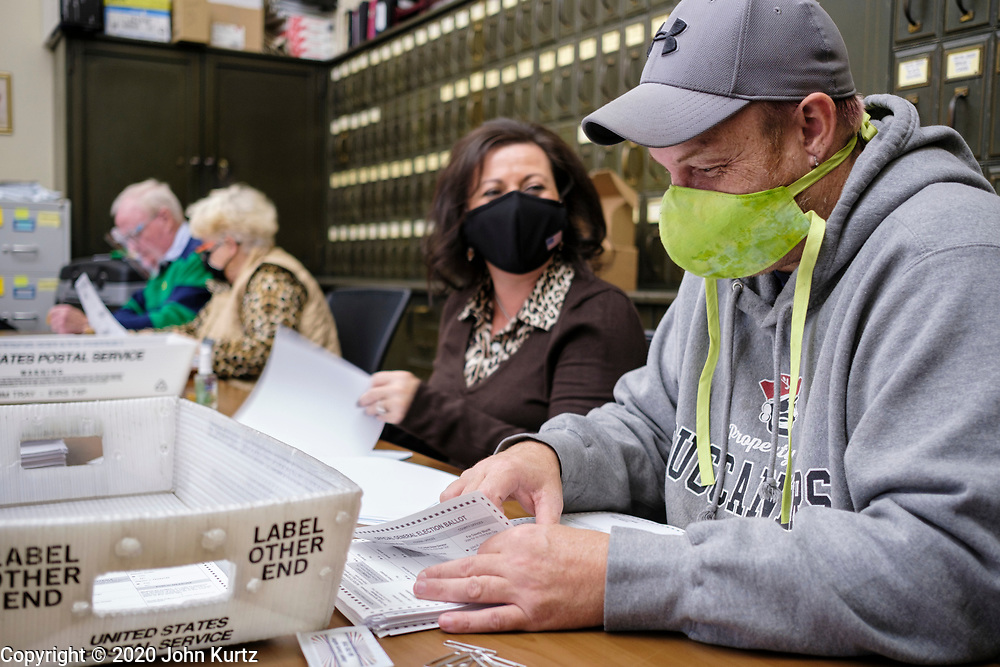