18 MAY 2010 - BANGKOK, THAILAND: A Buddhist monk flashes the peace sign as he walks through Din Daeng intersection, while others take cover from snipers thought to be in the area in Bangkok Tuesday. The intersection has been under periodic sniper fire from unidentified snipers near Thai military lines. Violent unrest continued in Bangkok again Tuesday nearly a week after Thai troops started firing on protesters and Bangkok residents took to the streets in violent protest against the government. Tuesday was not as violent as previous days however. Although protesters continued to set up roadblocks and flaming tire barricades across parts of the city, there was not as much gunfire from the government lines. The most active protesters were at the Din Daeng Intersection about a mile from the Red Shirts' Ratchaprasong camp. PHOTO BY JACK KURTZ 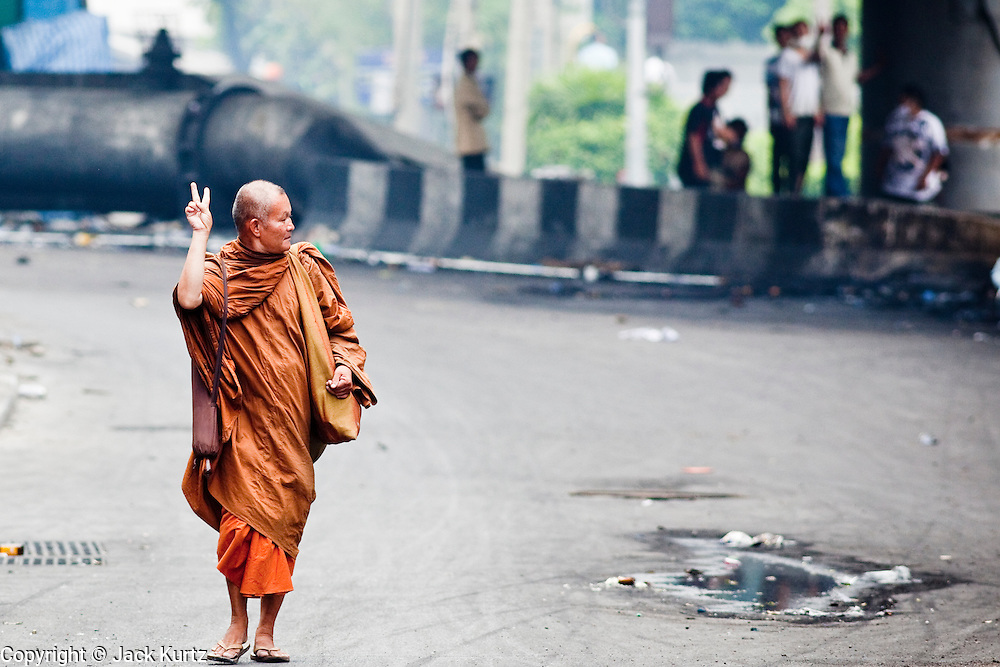