03 MARCH 2013 - BANGKOK, THAILAND:
YINGLUCK SHINAWATRA, the Thai Prime Minister, (left) "wais" (formal Thai greeting) other members of the Pheu Thai party leadership after announcing that Pongsapat Pongchareon (whose photo is on the billboard in the background) lost the Bangkok Governor's election. Pongsapat Pongchareon, running on the Pheu Thai ticket, lost the Bangkok's Governor's race to MR Sukhumbhand Paribatra, the incumbent running on the Democrat ticket. Sukhumbhand won the race after scoring a record number of votes, more than 1.2 million to Pongsapat's 1 million. The results were seen as an upset even though Sukhumbhand was the incumbent because all of the pre-election polls and the exit polls conducted on election day showed Patsapong winning. PHOTO BY JACK KURTZ 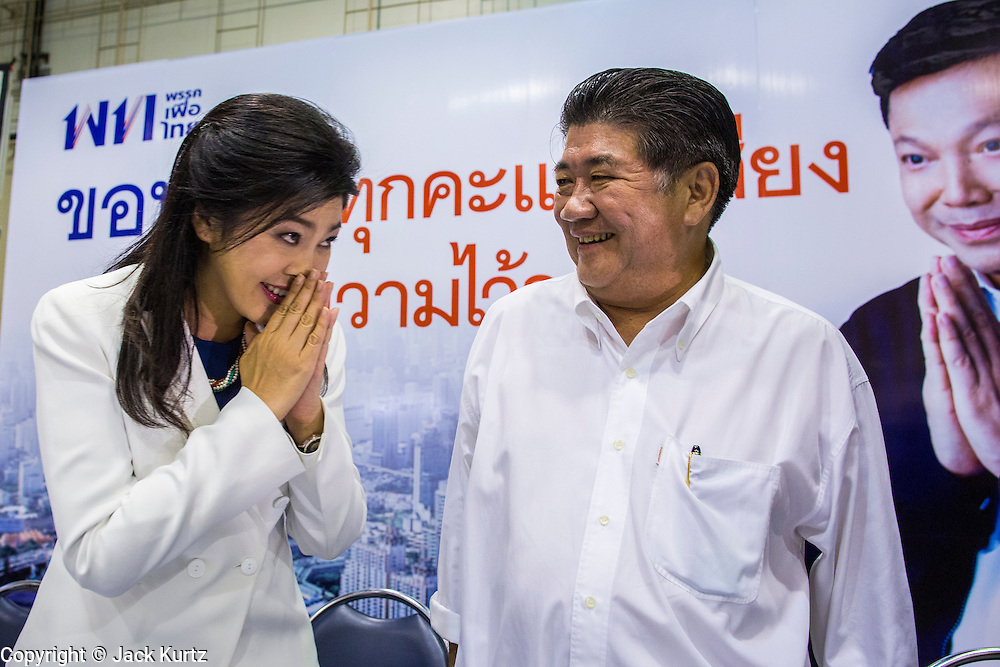