10 JULY 2018 - NAKHON PATHOM, THAILAND: A man smokes a cigarette while he waits for a train to leave the station in Nakhon Pathom. Nakhon Pathom is about 35 miles west of Bangkok. It is one of the oldest cities in Thailand, archeological evidence suggests there was a settlement on the site of present Nakhon Pathom in the 6th century CE, centuries before the Siamese empires existed. The city is widely considered the first Buddhist community in Thailand and the nearly 400 foot tall Phra Pathom Chedi is considered the first Buddhist temple in Thailand. PHOTO BY JACK KURTZ 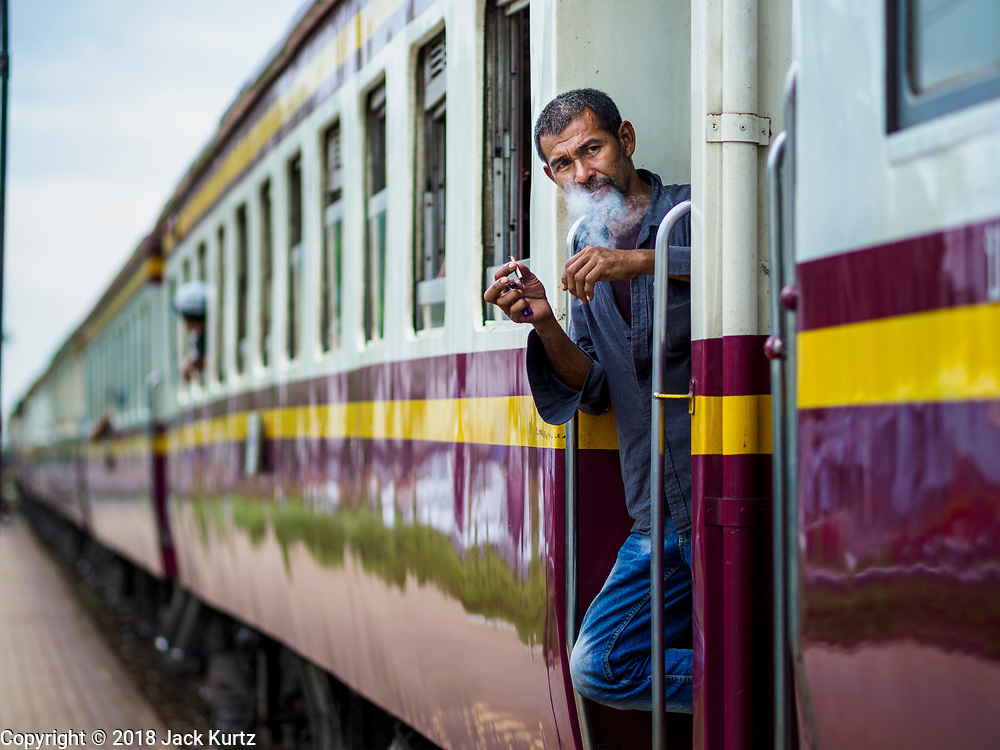