08 JULY 2013 - MAYO, PATTANI, THAILAND: A sign on the side of a highway in Pattani province of Thailand warning motorists of IEDs on the road. The signs have been showing up on highways in Pattani and Yala provinces. No one has taken credit for the signs and the Thai government doesn't know who is putting them up. Eight Thai soldiers were injured - one seriouly and seven with minor injuries - when their truck was hit by an IED just a few kilometers from this sign, outside Mayo, Pattani province in southern Thailand Monday. The soldiers were returning from a teacher protection mission when their truck ran over the explosive. The attack was thought to be conducted by Muslim insurgents who have been battling the Thai government for greater autonomy. The conflict in southern Thailand has claimed about 5,000 lives since 2004. PHOTO BY JACK KURTZ 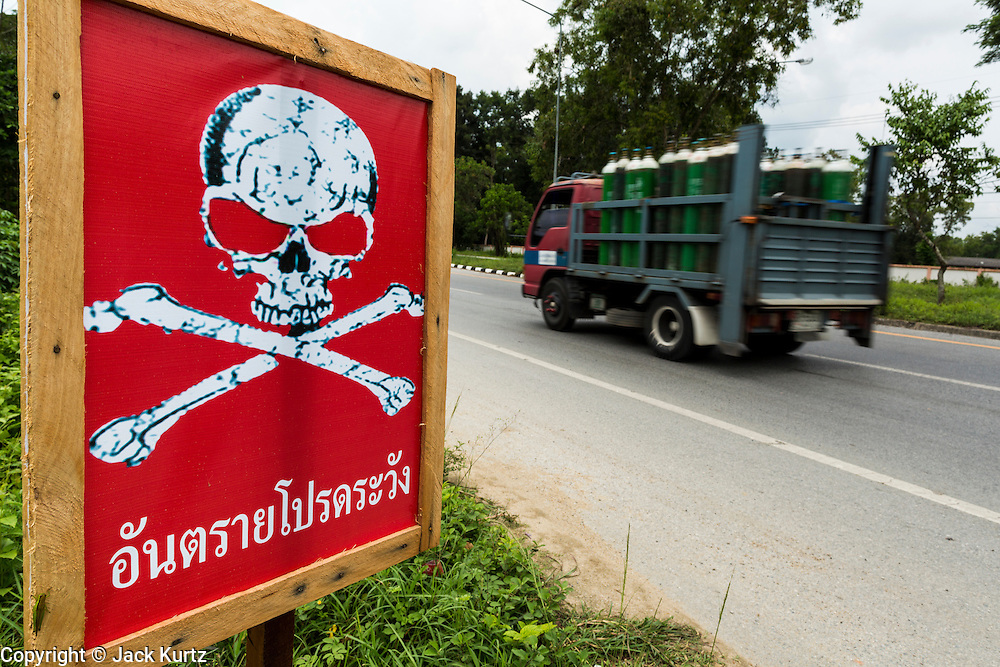