22 MAY 2015 - BANGKOK, THAILAND: A Thai police officer gestures while anti-coup activists SIRIWAT SERITHIWAT (center partially blocked) and NATCHACAH KONG-UDOM (right) talk to a Thai police officer at Lat Phrao subway at the start an anti-coup protest. The Thai military seized power in a coup on May 22, 2014. There were small protests throughout Bangkok Friday to mark the first anniversary of the coup. Police arrested protestors at several locations. The most serious protest was at Bangkok Art and Culture Centre (BACC) where about 100 protestors, mostly students, faced off against police for several hours. Police made numerous arrests at the BACC protest. PHOTO BY JACK KURTZ 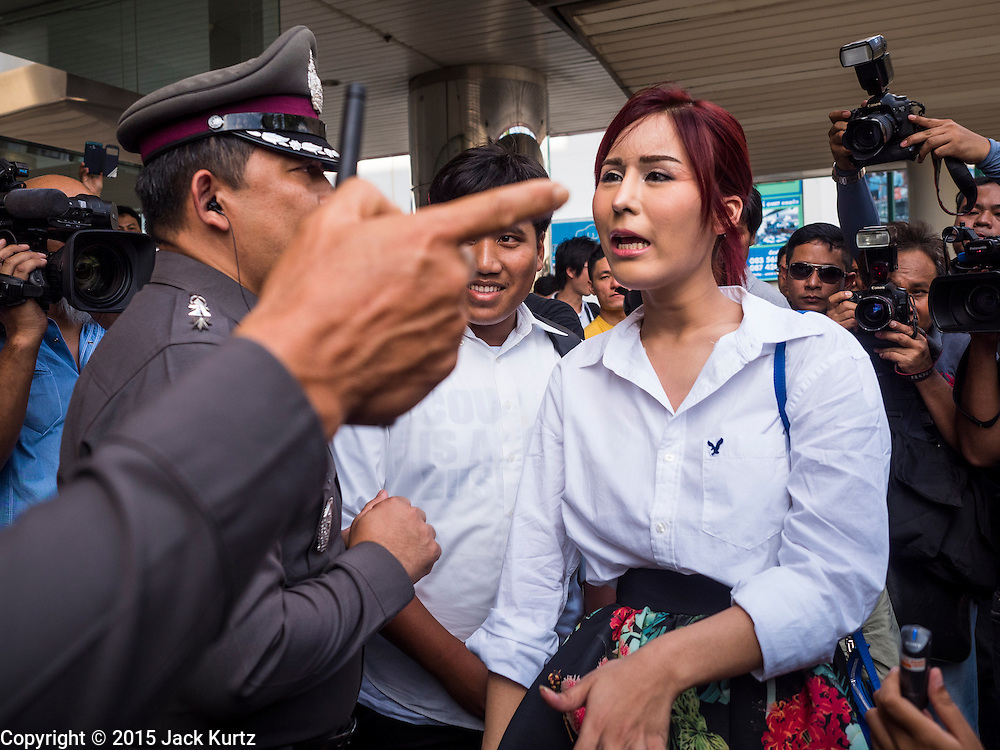