16 SEPTEMBER 2014 - SANGKHLA BURI, KANCHANABURI, THAILAND: A Mon Burmese woman with thanaka powder on her face waits to present Mon Buddhist monks with food and other offerings during the morning alms rounds in the Mon community in Sangkhla Buri. The Mon were some of the first people to settle in Southeast Asia, and were responsible for the spread of Theravada Buddhism in Thailand and Indochina. The Mon homeland is in southwestern Thailand and southeastern Myanmar (Burma). The Mon in Thailand traditionally allied themselves with the Thais during the frequent wars between Burmese and Siamese Empires in the 16th - 19th centuries and the Mon in Thailand have been assimilated into Thai culture. The Mon in Myanmar were persecuted by the Burmese government and many fled to Thailand. Sangkhla Buri is the center of Burmese Mon culture in Thailand because thousands of Mon came to this part of Thailand during the persecution. PHOTO BY JACK KURTZ 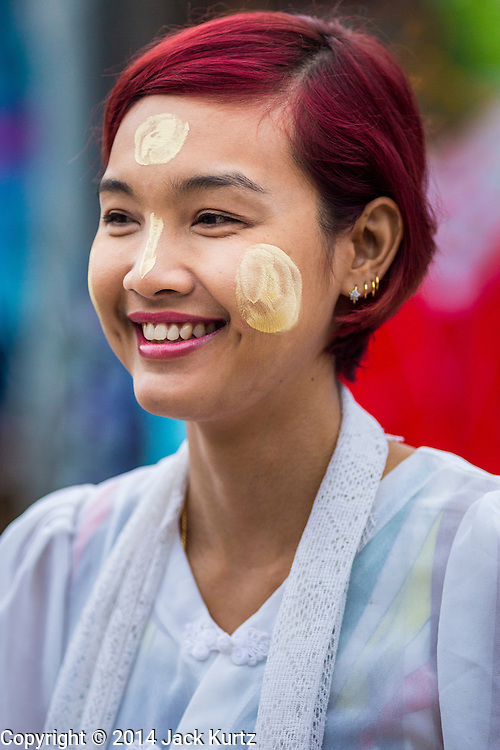