22 MAY 2013 - MAELA REFUGEE CAMP, TAK, THAILAND: The owner of a snack stand makes betel nut leaves for customers. Burmese chew betel, which has a slightly stimulative effect. Mae La (Maela) is the largest refugee camp for Burmese in Thailand. Over 90% are ethnic Karen. It was established in 1984 in Tha Song Yang District, Tak Province in the Dawna Range area and currently houses 40,000 refugees. The Thai government has indicated that it would like to close the camp and repatriate the refugees to Myanmar as soon as the political situation in Myanmar is stable enough. PHOTO BY JACK KURTZ 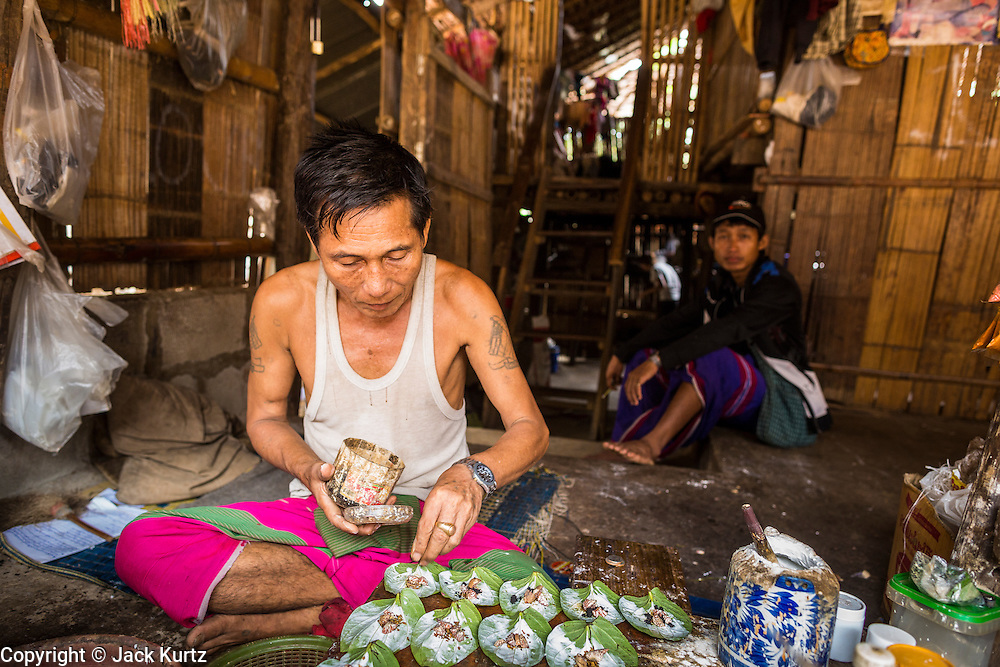