10 DECEMBER 2012 - BANGKOK, THAILAND: Photojournalist JACK KURTZ photographs a protest for constitutional reform from inside a "tuk-tuk" (three wheeled taxi) on Ratchadamnoen Avenue in Bangkok Monday. The Thai government announced on Monday, which is Constitution Day in Thailand, that will speed up its campaign to write a new charter. December 10 marks passage of the first permanent constitution in 1932 and Thailand's transition from an absolute monarchy to a constitutional monarchy. Several thousand "Red Shirts," supporters of ousted and exiled Prime Minister Thaksin Shinawatra, motorcaded through the city, stopping at government offices and the offices of the Pheu Thai ruling party to present demands for a new charter. PHOTO BY JACK KURTZ 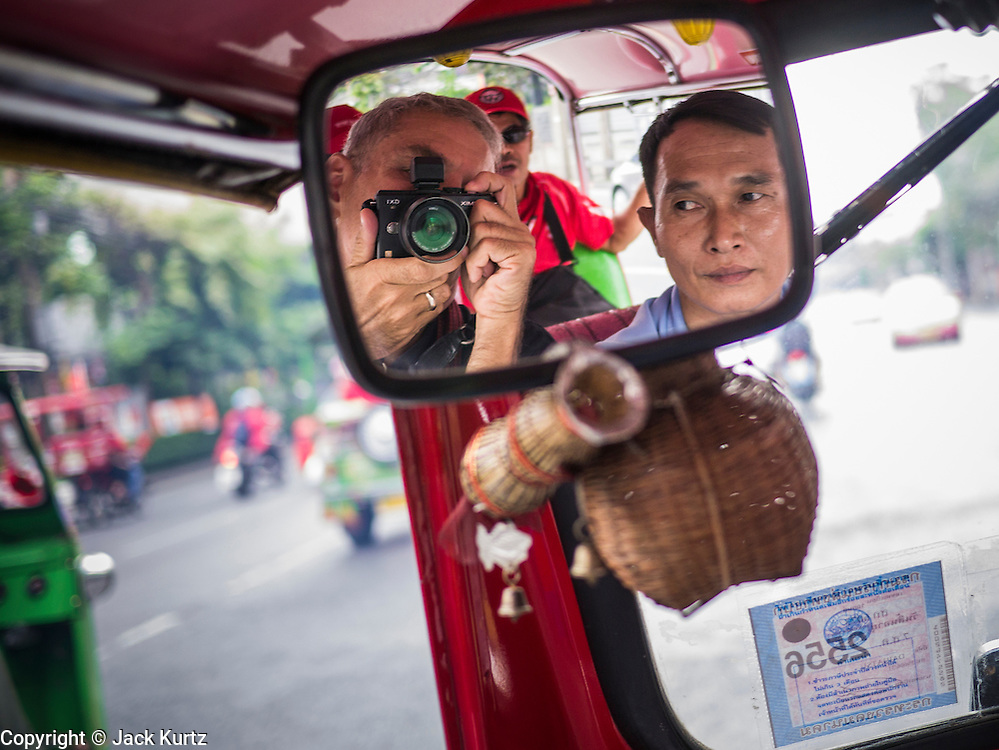