26 NOVEMBER 2016 - BANGKOK, THAILAND: People hold up portraits of the late of Thailand during a candlelight vigil in honor of the revered monarch in Bangkok's Chinatown. Thousands of people gathered on Yaowarat Road in the heart of Bangkok's Chinatown to honor Bhumibol Adulyadej, the Late King of Thailand. The event was organized by the Thai-Chinese community and included a performance by the Royal Thai Navy orchestra of music composed by the Late King, a prayer by hundreds of Buddhist monks. It concluded with a candlelight vigil. The King died after a long hospitalization on October 13. The government has declared a one year mourning period. HRH Crown Prince Maha Vajiralongkorn, the Heir Apparent and Late King's son, is expected to be name the King next week. He will be known as Rama X. PHOTO BY JACK KURTZ 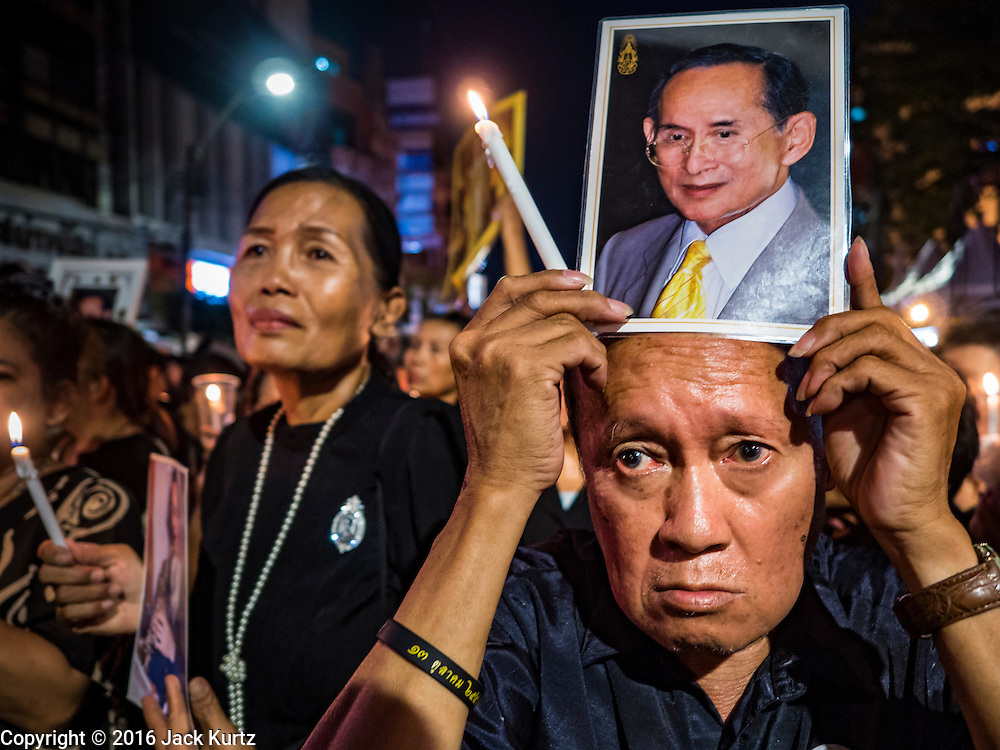