29 MAY 2014 - BANGKOK, THAILAND: Thai soldiers climb the stairs into the National Stadium BTS Skytrain station in front of the Bangkok Art and Culture Centre in Bangkok. Thousands of Thai soldiers flooded the central parts of Bangkok Thursday to prevent any protests from taking place against the coup that deposed the elected civilian government. For the first time since the coup last week there were no significant protests Thursday. PHOTO BY JACK KURTZ 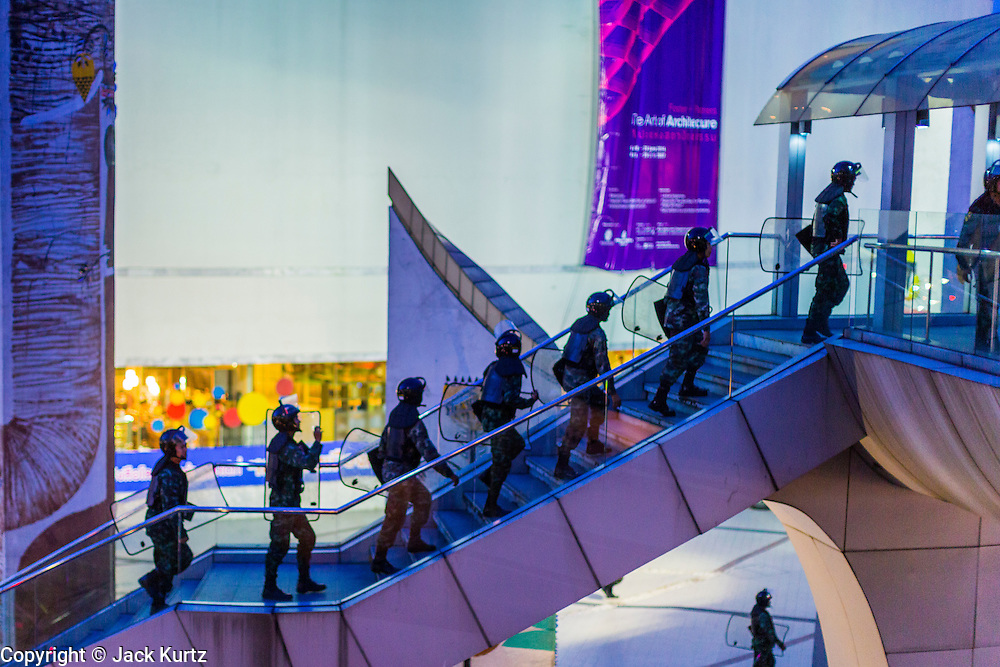