12 NOVEMBER 2012 - BANGKOK, THAILAND: A man finishes a statue of Shiva at a workshop Bamrung Muang Street in Bangkok. Although Hindu, Shiva also figures prominently in Thai Buddhism. Thanon Bamrung Muang (Thanon is Thai for Road or Street) is Bangkok's "Street of Many Buddhas." Like many ancient cities, Bangkok was once a city of artisan's neighborhoods and Bamrung Muang Road, near Bangkok's present day city hall, was once the street where all the country's Buddha statues were made. Now they made in factories on the edge of Bangkok, but Bamrung Muang Road is still where the statues are sold. Once an elephant trail, it was one of the first streets paved in Bangkok. It is the largest center of Buddhist supplies in Thailand. Not just statues but also monk's robes, candles, alms bowls, and pre-configured alms baskets are for sale along both sides of the street. PHOTO BY JACK KURTZ 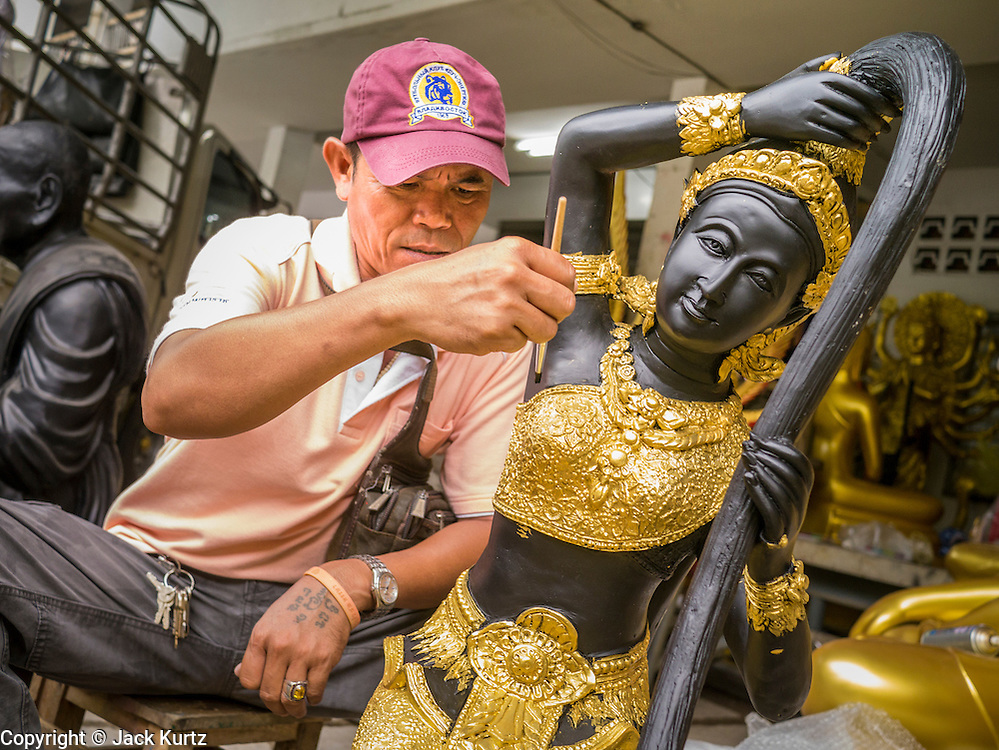