17 JULY 2012 - PHOENIX, AZ: Maricopa County Sheriff JOE ARPAIO at the podium before his announcement that President Obama's birth certificate is not authentic. Arpaio said his investigation proves that the long form birth certificate President Barrack Obama has used to prove his citizenship is a fraud. He also said that Hawaii's lax standards for getting a birth certificate may pose a serious flaw to the United States' national security. PHOTO BY JACK KURTZ 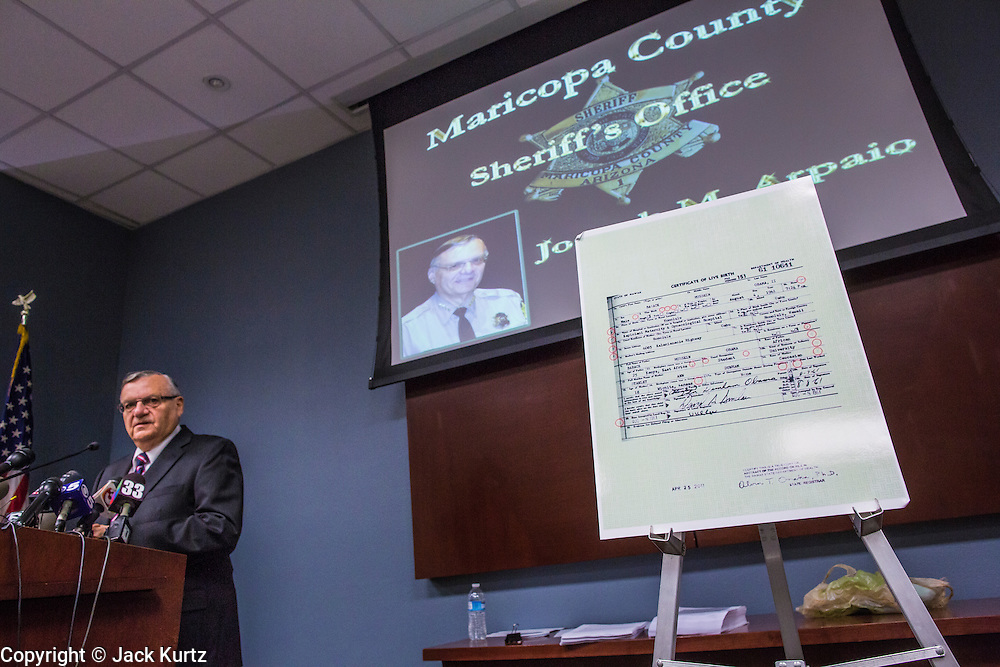