05 OCTOBER 2005 - DOUGLAS, AZ: US Border Patrol Agent JORGE REYNOSA, left, completes paperwork with JUAN PABLO PEREZ FERREIRA, after Ferreira was apprehended by the Border Patrol in the desert east of Douglas, AZ. Ferreira said he was originally from Mexico City and was trying to get to Phoenix, AZ, where he had a job working as a house painter waiting for him. Apprehensions of illegal immigrants in the Douglas area are down significantly in the last 18 months. In 2003, the Border Patrol apprehended an average of 1,500 people a day in and around Douglas. In September and October 2005 they are apprehending only about 150 - 200 people a day. PHOTO BY JACK KURTZ 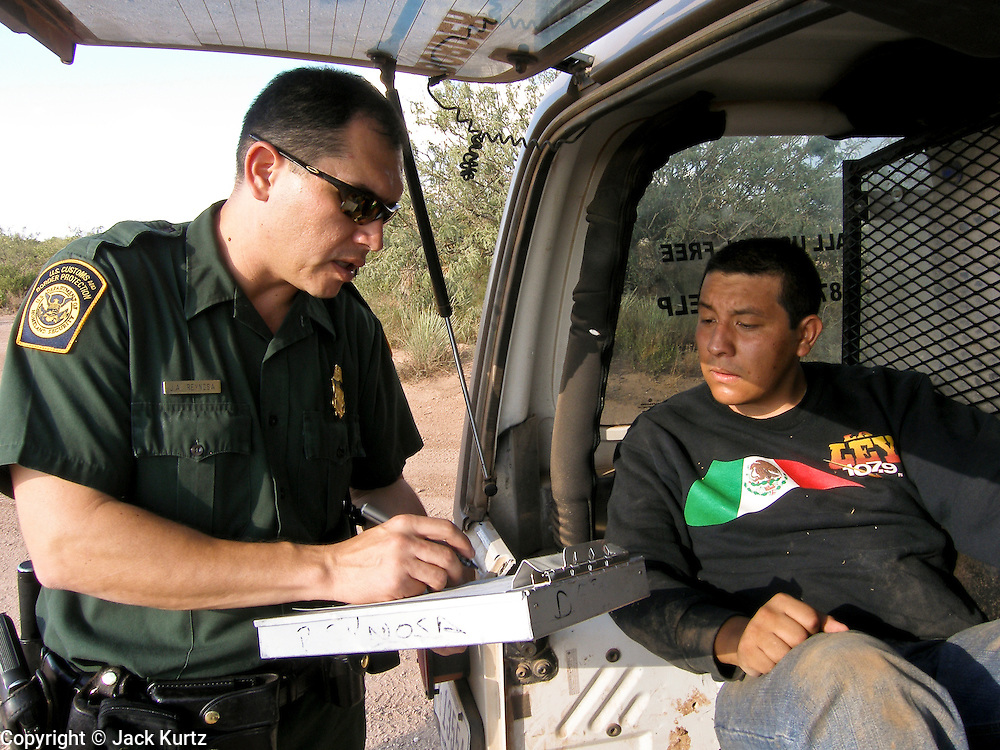