NEW YORK, NY: A person walks past the New York Stock Exchange up Wall Street with his suitcase after being evacuated from his condo near the World Trade Center after the terrorist attack on the WTC, Sept. 22, 2001. More than 2,900 people were killed when terrorists crashed two airliners into the towers on Sept. 11, 2001. Thousands of people who live in Battery Park City and lower Manhattan have been forced to leave their homes because of the destruction and resulting mess following the attack on the WTC. PHOTO BY JACK KURTZ 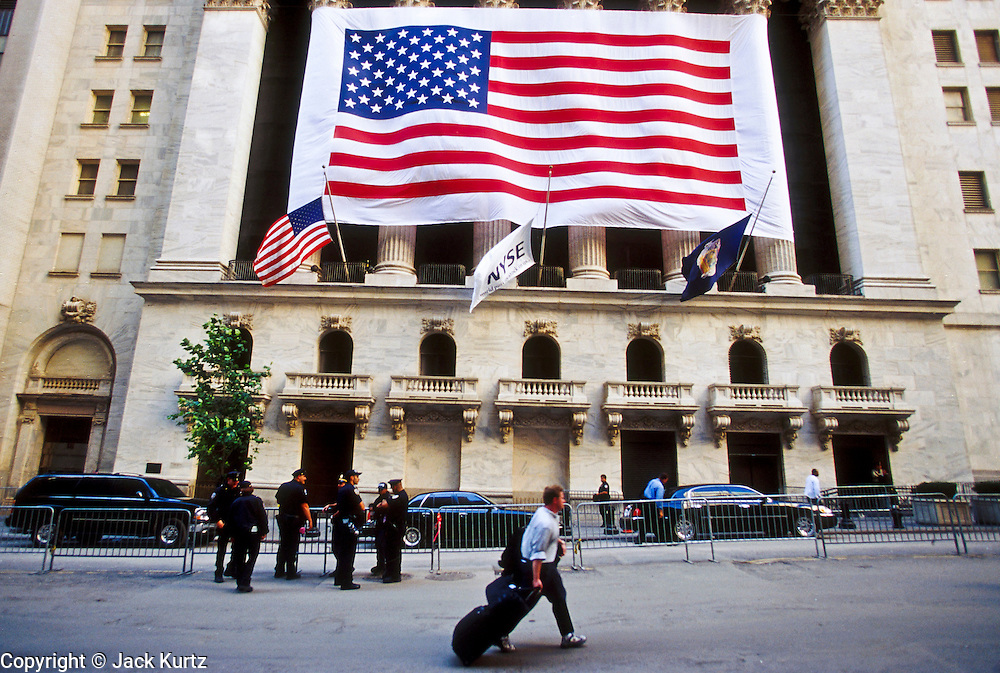