25 JUNE 2012 - PHOENIX, AZ: JOSE LUIS LEAL, left, and PETRA FALCONE, both from Promise AZ, (PAZ) read the US Supreme Court's ruling on SB 1070 at the Arizona State Capitol in Phoenix, AZ, Monday after the court ruled on a lawsuit brought against Arizona by the Obama administration. The lawsuit, US v. Arizona, determines whether or not Arizona's tough anti-immigration law, popularly known as SB1070 is constitutional. Among other things, the law requires police officers to check the immigration status of anyone whom they arrest, allows police to stop and arrest anyone whom they believe to be an illegal immigrant, makes it a crime for someone to be in the state without valid immigration papers, and makes it a crime to apply for or hold a job in Arizona without proper papers. The federal government sued Arizona because it believes the law is invalid because it is trumped by federal immigration laws. The court struck down most of the law but left one section standing, the section authorizing local police agencies to check the immigration status of people they come into contact with. PHOTO BY JACK KURTZ 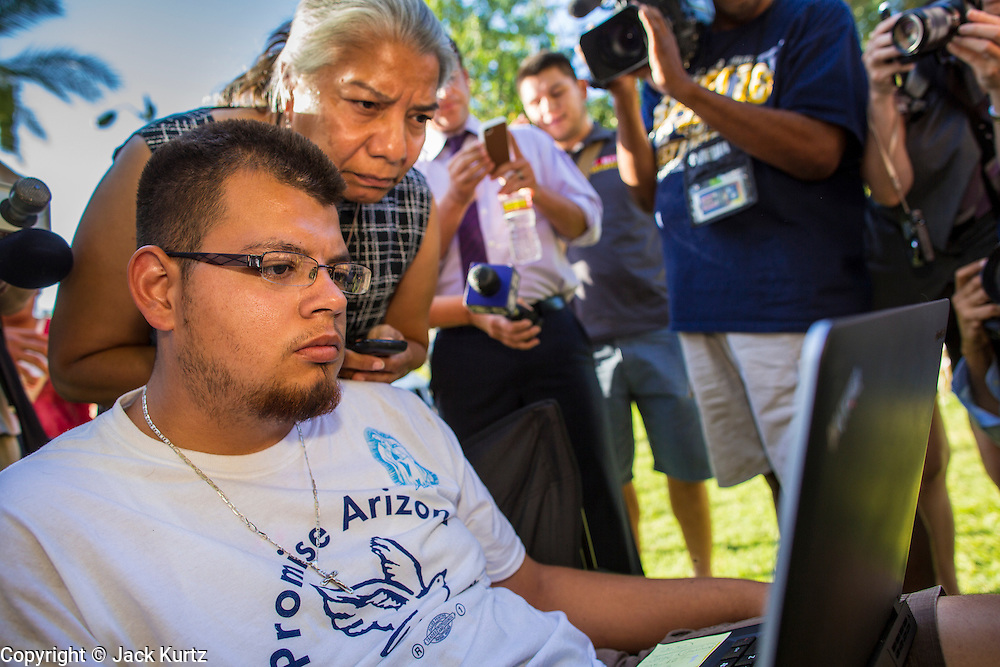