18 JUNE 2015 - PATTANI, PATTANI, THAILAND: A woman sells curries at the Pattani Ramadan Bazaar, a sprawling street food market that is only open during Ramadan. People come to the street food market late in the day to buy meals for the evening Iftar meal, which breaks the day long fast. Ramadan is the ninth month of the Islamic calendar, and is observed by Muslims worldwide as a month of fasting to commemorate the first revelation of the Quran to Muhammad according to Islamic belief. This annual observance is regarded as one of the Five Pillars of Islam. Islam is the second largest religion in Thailand. Pattani, along with Narathiwat and Yala provinces, all on the Malaysian border, have a Muslim majority. PHOTO BY JACK KURTZ 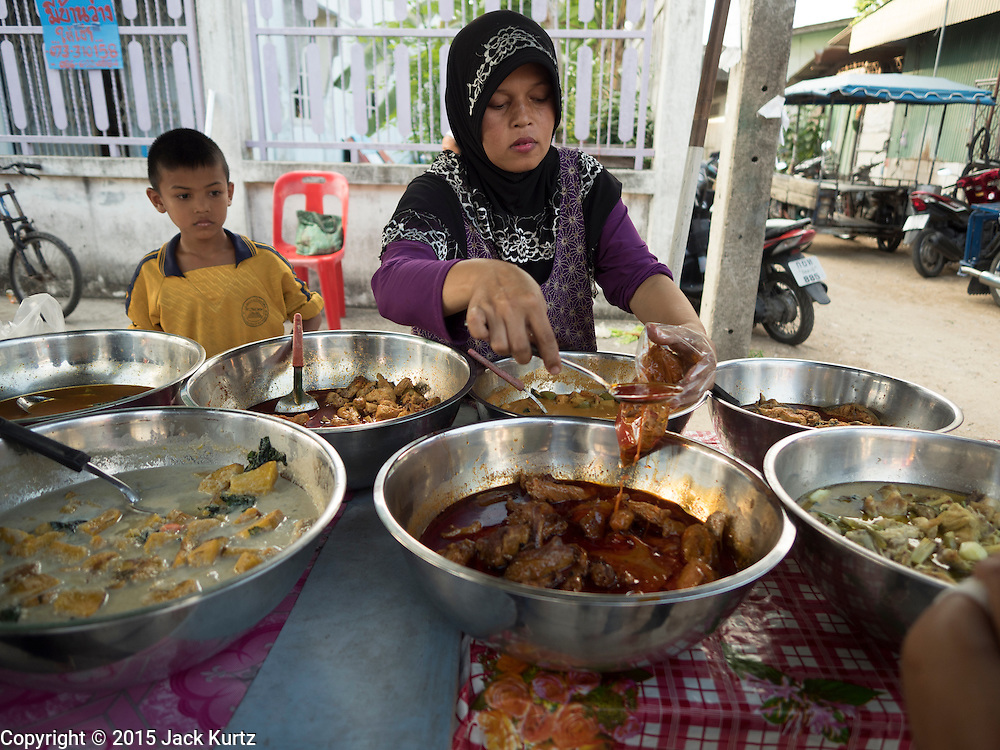