13 MAY 2010 - BANGKOK, THAILAND: People look for rice seeds that have been blesses by Brahman priests after the Royal Plowing Ceremony. The Royal Ploughing Ceremony dates back to at least the Sukhothai Period (ca 13th and 14th centuries). The event is a Brahman ceremony. In ancient times it was to portend the agricultural fortunes of the coming planting season, bless the fields and pray for bountiful rains. Now it is more of a cultural event the Thai monarchy, which presides over the event, uses to stress the importance of farming to the nation. However, people still flock to it for the religious aspects and afterwards try to gather rice seeds, which have been blessed by the Brahman priests. Thailand is experiencing its worst drought in decades this year and despite the prayers of the priests Thai farmers are being told to expect smaller yields. They are being asked to delay planting for up to a month to use less water. PHOTO BY JACK KURTZ 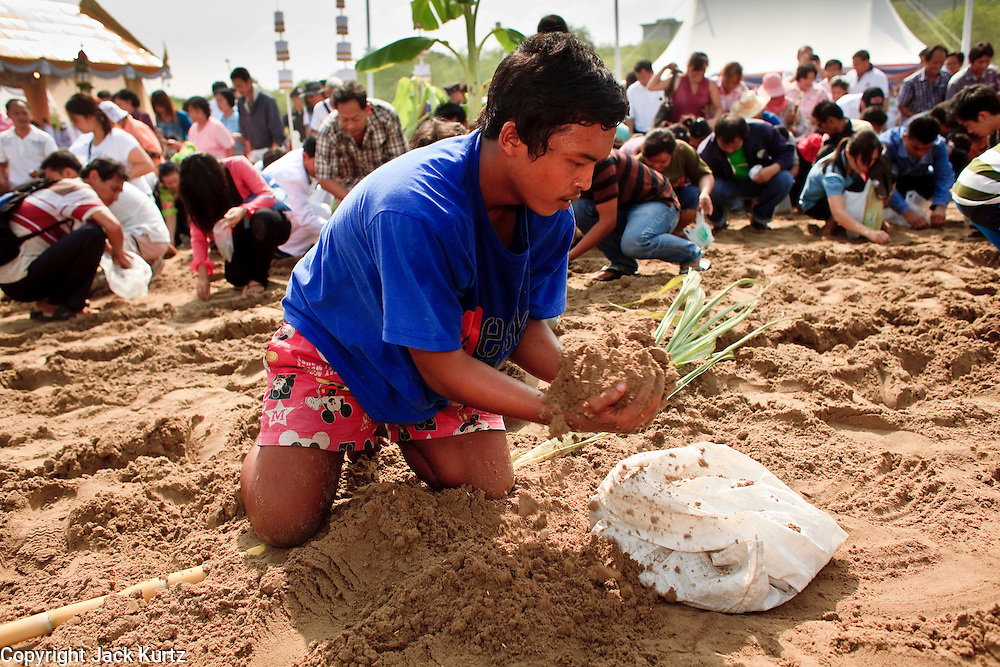