17 AUGUST 2015 - BANGKOK, THAILAND: Thai soldiers walk through elevated walkway near Chit Lom BTS station after the walkway was shut down following an explosion at the Erawan Shrine, which is next to the walkway. An explosion at Erawan Shrine, a popular tourist attraction and important religious shrine, in the heart of the Bangkok shopping district killed at least 19 people and injured more than 120 others, mostly foreign tourists, during the Monday evening rush hour. Twelve of the dead were killed at the scene. Thai police said an Improvised Explosive Device (IED) was detonated at 18.55. Police said the bomb was made of more than six pounds of TNT stuffed in a pipe and wrapped with white cloth. Its destructive radius was estimated at 100 meters. The Bangkok government announced that public schools would be closed Tuesday as a precaution. PHOTO BY JACK KURTZ 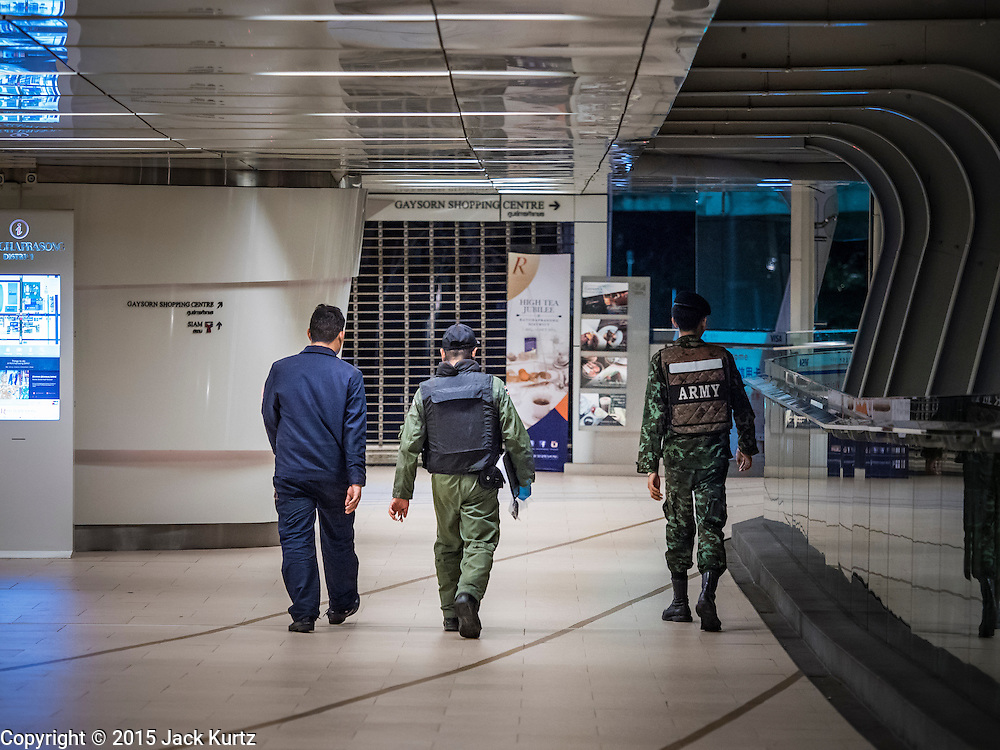