11 JULY 2011 - BANGKOK, THAILAND: Dancers relax between performances at the Erawan Shrine in Bangkok. People pay for the dancers to perform when they come to pray at the shrine. The Erawan Shrine (in Thai San Phra Phrom) is a Hindu shrine in Bangkok, Thailand that houses a statue of Phra Phrom, the Thai representation of the Hindu creation god Brahma. A popular tourist attraction, it often features performances by resident Thai dance troupes, who are hired by worshippers in return for seeing their prayers at the shrine answered. On 21 March 2006, a man vandalised the shrine and was subsequently killed by bystanders. The shrine is located by the Grand Hyatt Erawan Hotel, at the Ratchaprasong intersection of Ratchadamri Road in Pathum Wan district, Bangkok, Thailand. It is near the Bangkok Skytrain's Chitlom Station, which has an elevated walkway overlooking the shrine. The area has many shopping malls nearby, including Gaysorn, CentralWorld and Amarin Plaza. The Erawan Shrine was built in 1956 as part of the government-owned Erawan Hotel to eliminate the bad karma believed caused by laying the foundations on the wrong date..The hotel's construction was delayed by a series of mishaps, including cost overruns, injuries to laborers, and the loss of a shipload of Italian marble intended for the building. Furthermore, the Ratchaprasong Intersection had once been used to put criminals on public display. An astrologer advised building the shrine to counter the negative influences. The Brahma statue was designed and built by the Department of Fine Arts and enshrined on 9 November 1956. The hotel's construction thereafter proceeded without further incident. In 1987, the hotel was demolished and the site used for the Grand Hyatt Erawan Hotel. PHOTO BY JACK KURTZ 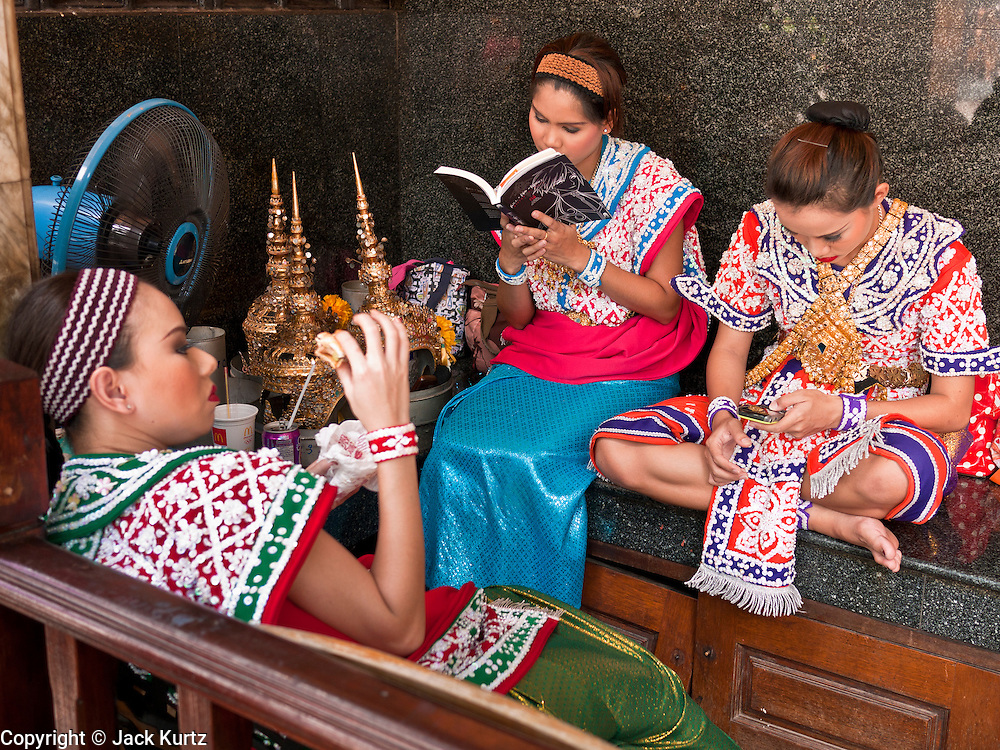