05 DECEMBER 2016 - BANGKOK, THAILAND: Bhumibol Bridge, normally crowed with cars and buses, was closed for a ceremony to honor the late King of Thailand. Tens of thousands of Thais gathered on Bhumibol Bridge in Bangkok Monday to mourn the death of Bhumibol Adulyadej, the Late King of Thailand. The King died on Oct 13 after a lengthy hospitalization. December 5 is his birthday and a national holiday in Thailand. The bridge is named after the late King, who authorized its construction. 999 Buddhist monks participated in a special merit making ceremony on the bridge. PHOTO BY JACK KURTZ 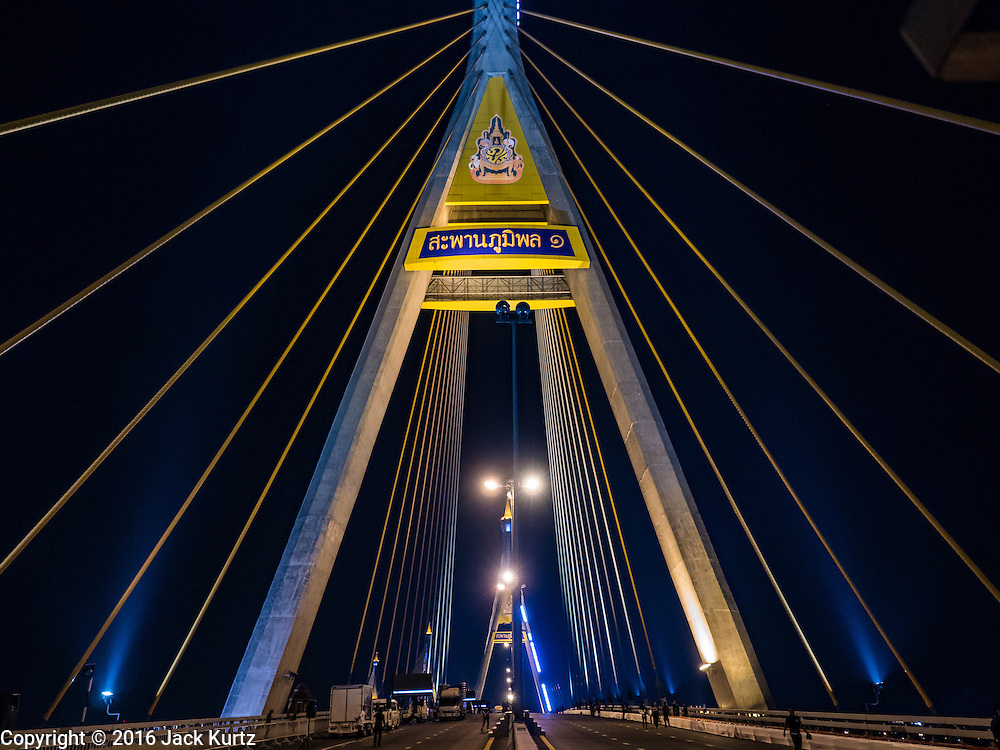