12 APRIL 2012 - HO CHI MINH CITY, VIETNAM: A woman pours holy oil over a lamp in Quan Am Pagoda. Chùa Quan Âm (Avalokiteshvara Pagoda), a Chinese style Buddhist pagoda in Cho Lon. Founded in the 19th century, it is dedicated to the bodhisattva Quan Âm. The pagoda is very popular among both Vietnamese and Chinese Buddhists. Cholon is the Chinese-influenced section of Ho Chi Minh City (former Saigon). It is the largest "Chinatown" in Vietnam. Cholon consists of the western half of District 5 as well as several adjoining neighborhoods in District 6. The Vietnamese name Cholon literally means "big" (lon) "market" (cho). Incorporated in 1879 as a city 11 km from central Saigon. By the 1930s, it had expanded to the city limit of Saigon. On April 27, 1931, French colonial authorities merged the two cities to form Saigon-Cholon. In 1956, "Cholon" was dropped from the name and the city became known as Saigon. During the Vietnam War (called the American War by the Vietnamese), soldiers and deserters from the United States Army maintained a thriving black market in Cholon, trading in various American and especially U.S Army-issue items. PHOTO BY JACK KURTZ 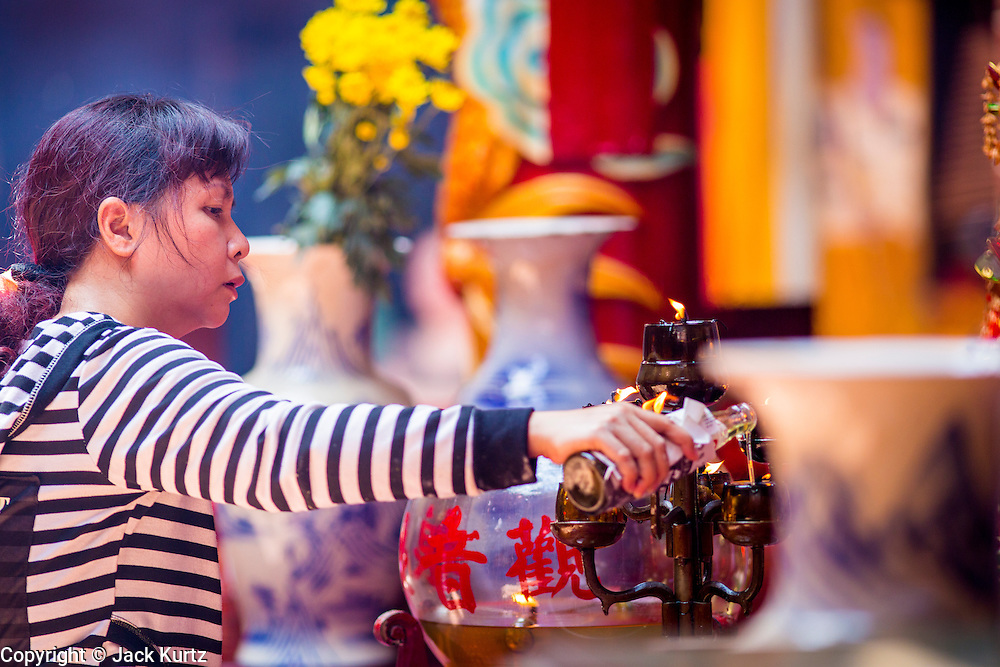