13 MAY 2013 - BANGKOK, THAILAND: People wait for the Royal Ploughing Ceremony to start under umbrellas to shield them from the sun and heat. After the ceremony, thousands of Thais, mostly family formers, rush onto the ploughed ground to gather up the blessed rice seeds sown by the Brahmin priests. The Royal Plowing Ceremony is held Thailand to mark the traditional beginning of the rice-growing season. The date is usually in May, but is determined by court astrologers and varies year to year. During the ceremony, two sacred oxen are hitched to a wooden plough and plough a small field on Sanam Luang (across from the Grand Palace), while rice seed is sown by court Brahmins. After the ploughing, the oxen are offered plates of food, including rice, corn, green beans, sesame, fresh-cut grass, water and rice whisky. Depending on what the oxen eat, court astrologers and Brahmins make a prediction on whether the coming growing season will be bountiful or not. The ceremony is rooted in Brahman belief, and is held to ensure a good harvest. A similar ceremony is held in Cambodia. PHOTO BY JACK KURTZ 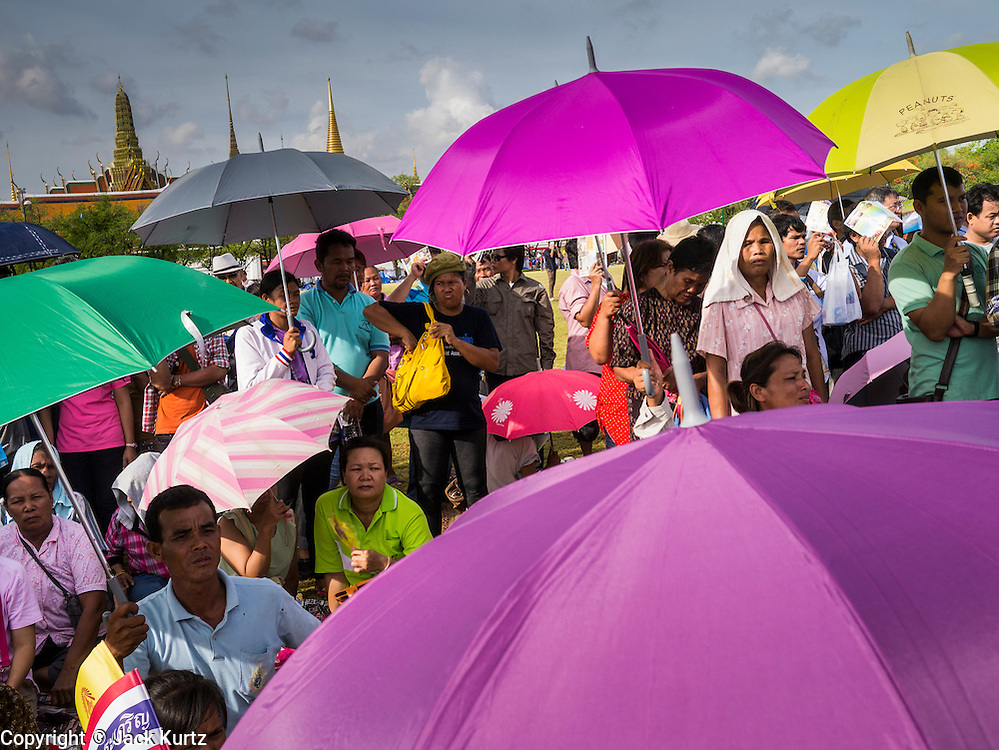