13 AUGUST 2013 - HONG KONG: People near Gage Street in Hong Kong use umbrellas and plastic bags to protect themselves from the rains of Typhoon Utor. Typhoon Utor (known in the Philippines as Typhoon Labuyo) is an active tropical cyclone located over the South China Sea. The eleventh named storm and second typhoon of the 2013 typhoon season, Utor formed from a tropical depression on August 8. The depression was upgraded to Tropical Storm Utor the following day, and to typhoon intensity just a few hours afterwards. The Philippines, which bore the brunt of the storm, reported 1 dead in a mudslide and 23 fishermen missing at sea. The storm brushed by Hong Kong bringing several millimeters of rain and moderate winds to the island but causing no reported damage or injuries. It is expected to make landfall in China. PHOTO BY JACK KURTZ 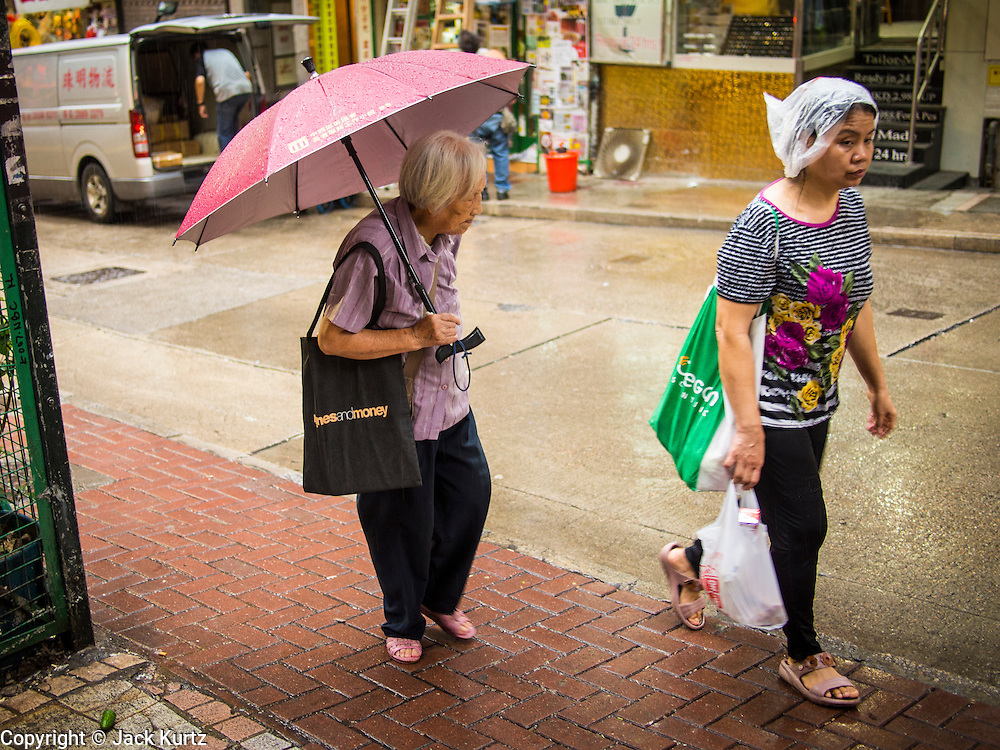