09 AUGUST 2008 -- FREDONIA, AZ: The Arizona Strip on the north edge of the Kaibab Plateau. The Arizona Strip is the high desert in Arizona between the North Rim of the Grand Canyon and the Utah state line. It is a very arid region, most of the vegetation is sagebrush with juniper and pinion trees at higher elevations. The two largest communities on the strip are Fredonia, south of Kanab, UT and Colorado City, which is east of St. George, UT. PHOTO BY JACK KURTZ 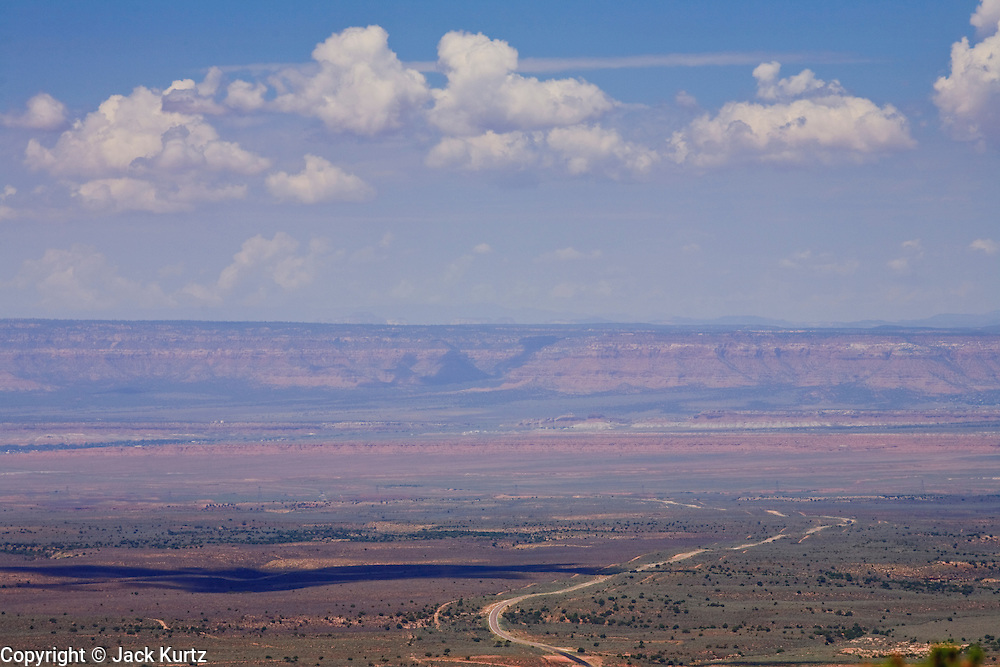