09 NOVEMBER 2017 - BANGKOK, THAILAND: People walk past Buddhist monks waiting for people to give them alms in front of the Erawan Shrine on the 61st anniversary of the shrine's dedication. The Erawan Shrine is one of the most popular shrines in Bangkok. It was dedicated on November 9, 1956, after a series of construction accidents at what was then the Erawan Hotel (since torn down and replaced by the Grand Hyatt Erawan Hotel). The statue in the shrine is Phra Phrom, the Thai representation of the Hindu god of creation Brahma. It is a Hindu shrine popular with Thai and Chinese Buddhists because it is thought that making an offering to the Phra Phrom will bring good fortune. PHOTO BY JACK KURTZ 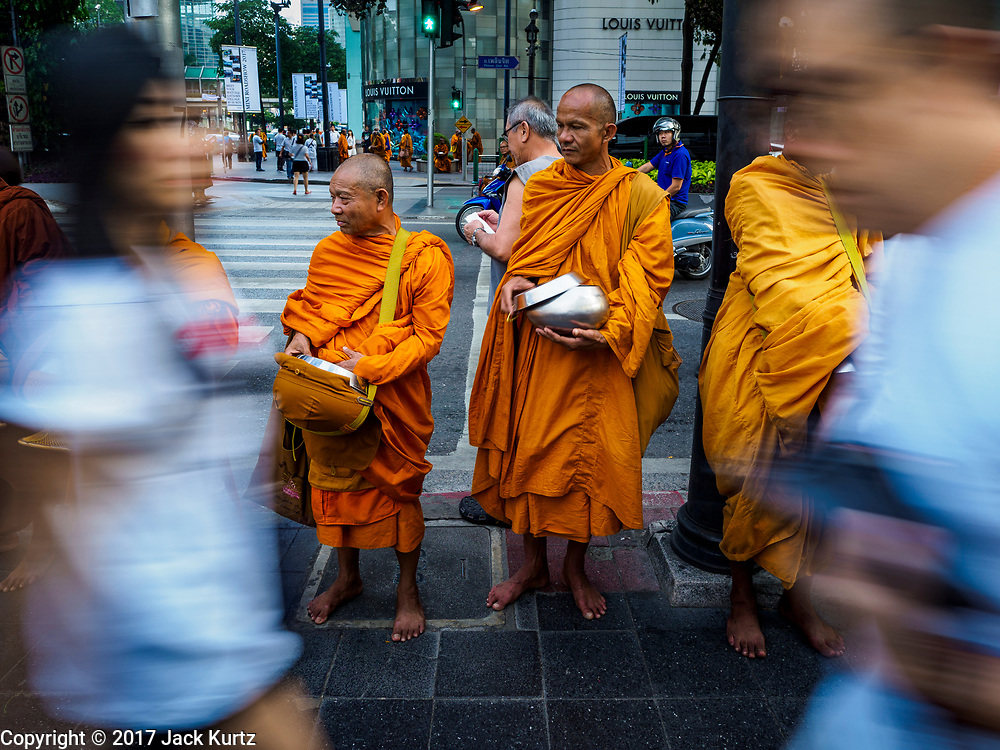