10 JANUARY 2007 - MANAGUA, NICARAGUA: A vender sells raspados (fruit flavored iced treats) to Sandanista supporters arriving in Managua to participate in the inauguration of Daniel Ortega Wednesday. Ortega, the leader of the Sandanista Front, was sworn in as the President of Nicaragua Wednesday. Ortega and the Sandanistas ruled Nicaragua from their victory of "Tacho" Somoza in 1979 until their defeat by Violetta Chamorro in the 1990 election. Photo by Jack Kurtz 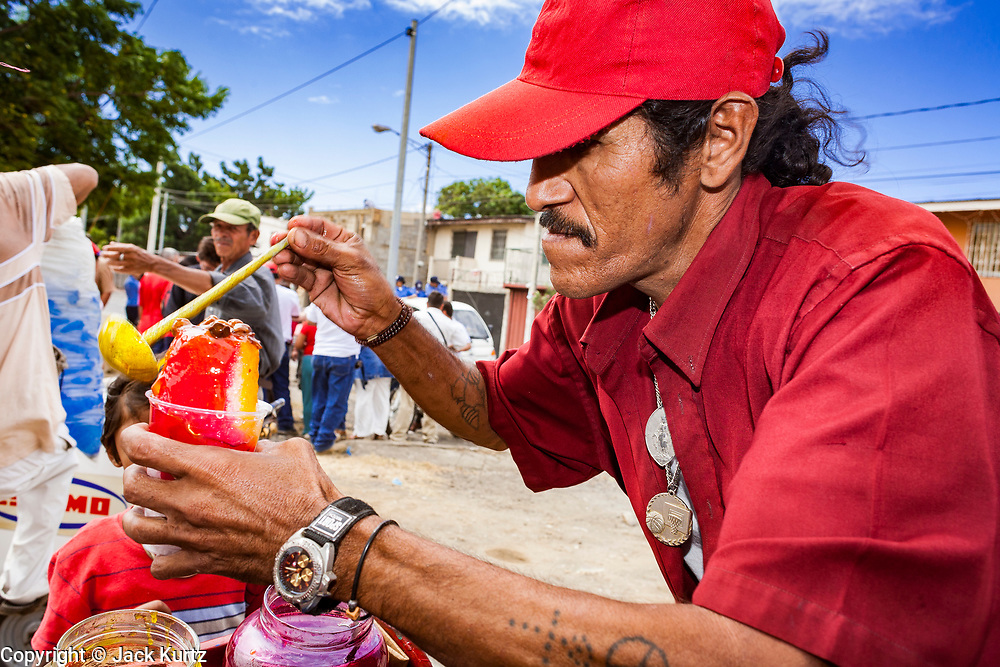