17 FEBRUARY 2015 - BANGKOK, THAILAND: Gold paint used by a calligrapher who writes Chinese New Year's greetings for customers in Chinatown in Bangkok. Chinese New Year is February 19 in 2015. It marks the beginning of the Year of Sheep. The Sheep is the eighth sign in Chinese astrology and the number “8” is considered to be a very lucky number. It symbolizes wisdom, fortune and prosperity. Ethnic Chinese make up nearly 15% of the Thai population. Chinese New Year (also called Tet or Lunar New Year) is widely celebrated in Thailand, especially in urban areas like Bangkok, Chiang Mai and Hat Yai that have large Chinese populations. PHOTO BY JACK KURTZ 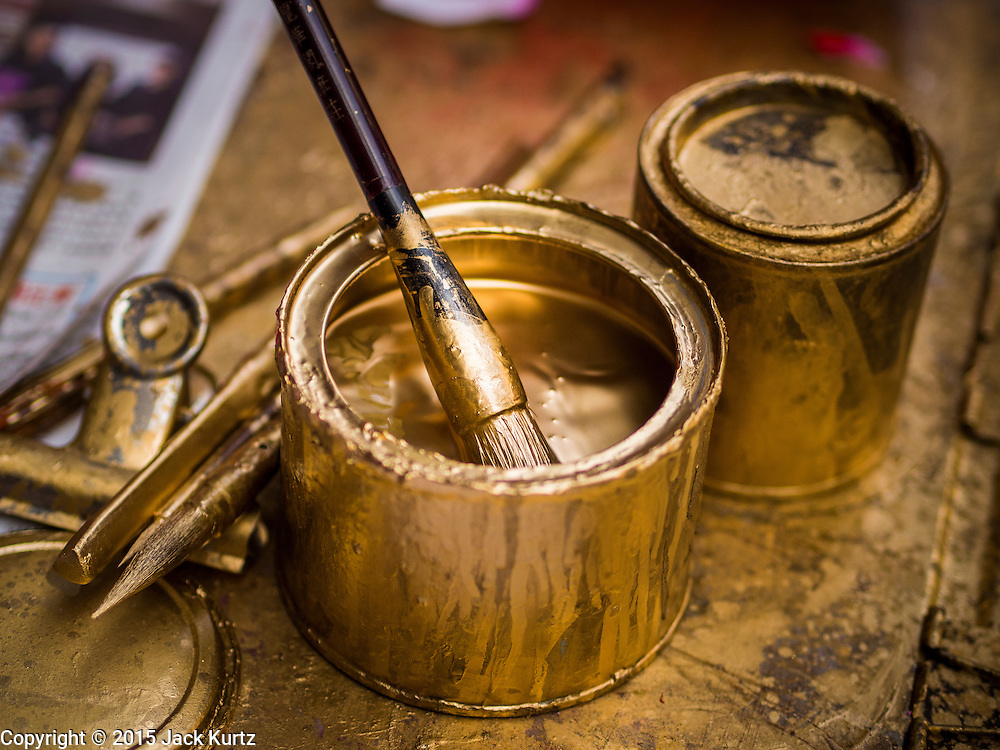