10 OCTOBER 2018 - SEOUL, SOUTH KOREA: LEE YONG-SOO, one of the few surviving "comfort women" comforts a South Korean student who spoke during the Wednesday Demonstration to protest Japan's sexual enslavement of Korean women during World War II. Lee has said she was tortured with electic shock and raped by Japanese soldiers four to five times a day during her enslavement. The Wednesday protests have been taking place since January 1992. Protesters want the Japanese government to apologize for the forced sexual enslavement of up to 400,000 Asian women during World War II. The women, euphemistically called "Comfort Women" were drawn from territories Japan conquered during the war and many came from Korea, which was a Japanese colony in the years before and during the war. The "comfort women" issue is still a source of anger of many people in northeast Asian areas like South Korea, Manchuria and some parts of China. PHOTO BY JACK KURTZ
Wednesday Demonstration demanding Japan to redress the Comfort Women problems 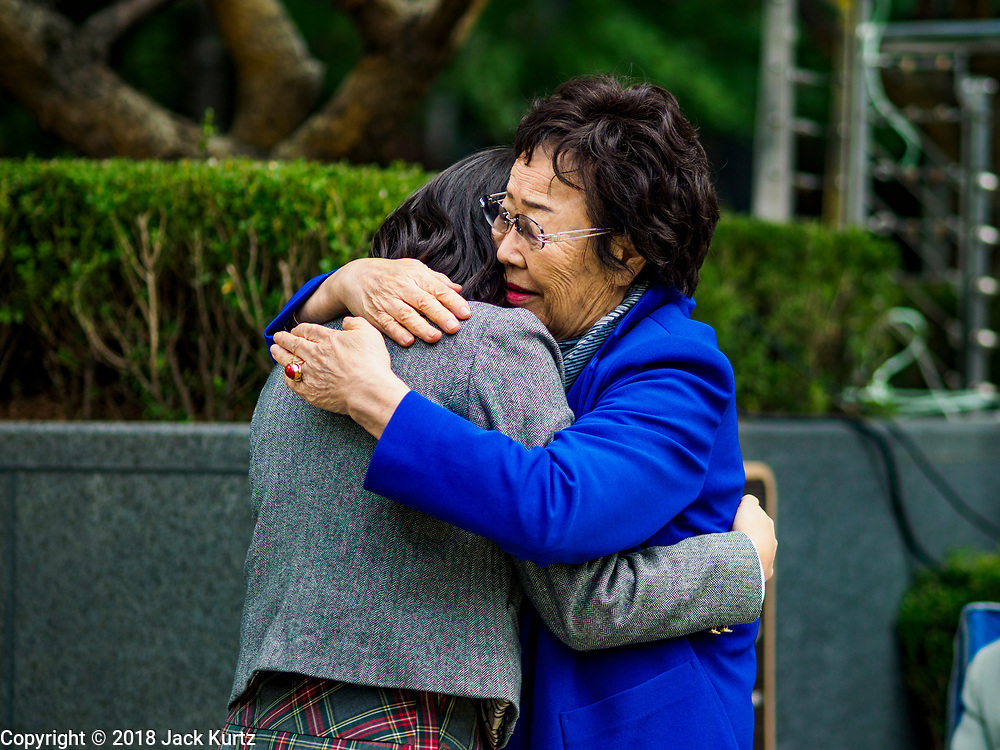