06 APRIL 2012 - HANOI, VIETNAM: People leave the Long Bien Station in Hanoi after arriving on a Hai Phong to Hanoi train. The Hanoi to Hai Phong Express Train runs several times a day between Long Bien Station in Hanoi and the Hai Phong Station. Hanoi is the capital of Vietnam and Hai Phong is the 4th largest city in Vietnam. Hai Phong is the principal industrial port in the northern part of Vietnam. It was heavily bombed and mined during the American War (what Americans call the Vietnam War). PHOTO BY JACK KURTZ 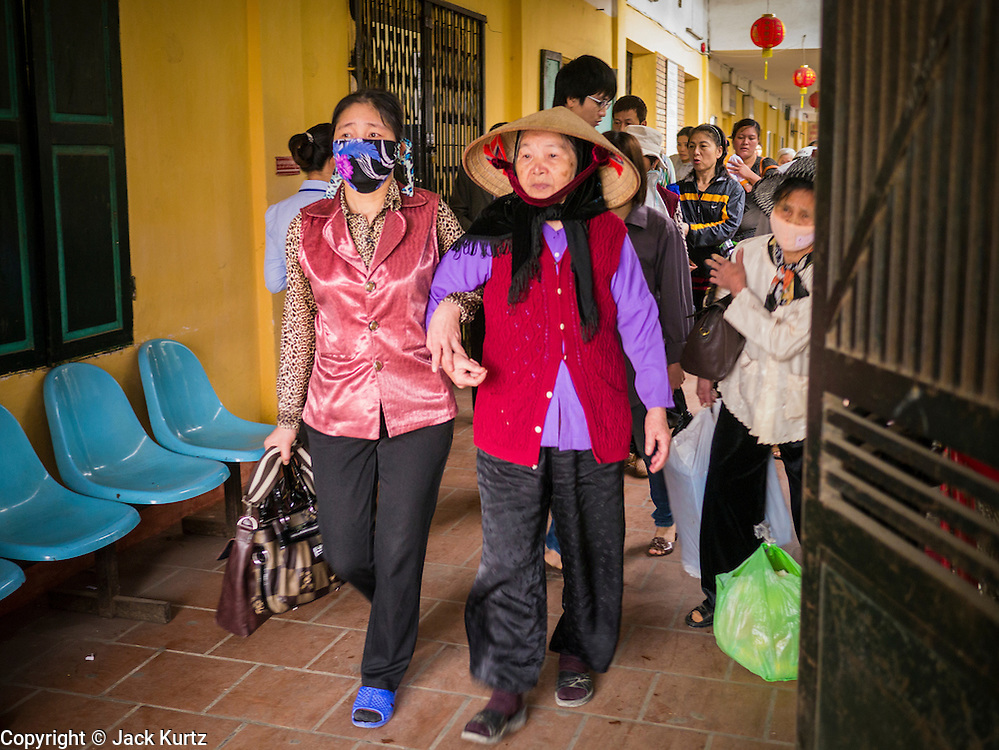