24 OCTOBER 2017 - BANGKOK, THAILAND: A child sleeps in front of a portrait of the late king, on the sidewalk of Atsadang Rd while his family waits to enter the royal cremation site. People started camping out along Atsadang Road in Bangkok near the royal cremation site on Monday. The gates won't open until Wednesday morning and the cremation isn't until Thursday night, so most people will sleep outside, on sidewalks and footpaths for three nights. Hundreds of thousands of people are expected to try to get into Sanam Luang, the site of the cremation of Bhumibol Adulyadej, the Late King of Thailand, but the site will only hold about 60,000 people. The Thai government has built replica crematoriums around Bangkok to accommodate the overflow crowds. PHOTO BY JACK KURTZ 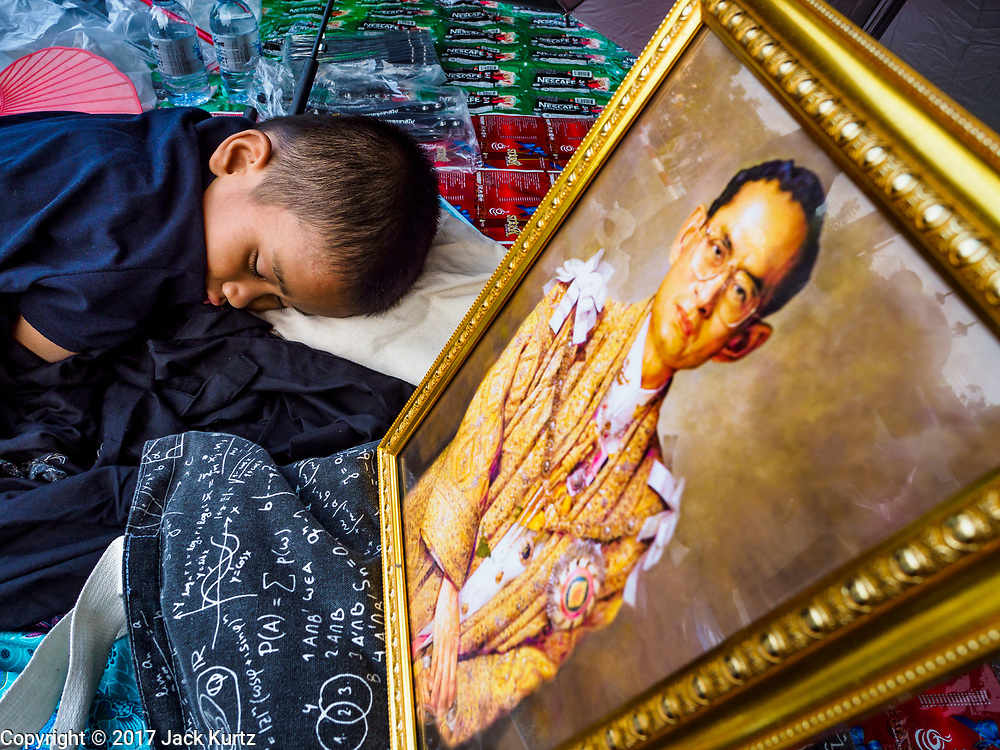