19 NOVEMBER 2014 - BANGKOK, THAILAND: Workers on the job at the expansion of the Emporium, a high end mall in Bangkok. Despite a slowdown in the Thai economy, many construction projects are still underway. Between July and September the economy expanded 0.6 percent compared to the previous year, the National Economic and Social Development Board (NESDB) reported. Thailand's economy achieved a weak 0.2 per cent growth across the first nine months of the year. The NESDB said the Thai economy is expected to grow by 1 percent in 2014. Authorities say the sluggish growth is because tourists have not returned to Thailand in the wake of the coup in May, 2014, and that reduced demand for computer components, specifically hard drives, was also hurting the economy. Thailand is the leading manufacturer of computer hard drives in the world. The Thai government has announced a stimulus package worth $11 billion (US) to provide cash handouts to farmers and promised to speed up budget spending to boost consumption. PHOTO BY JACK KURTZ 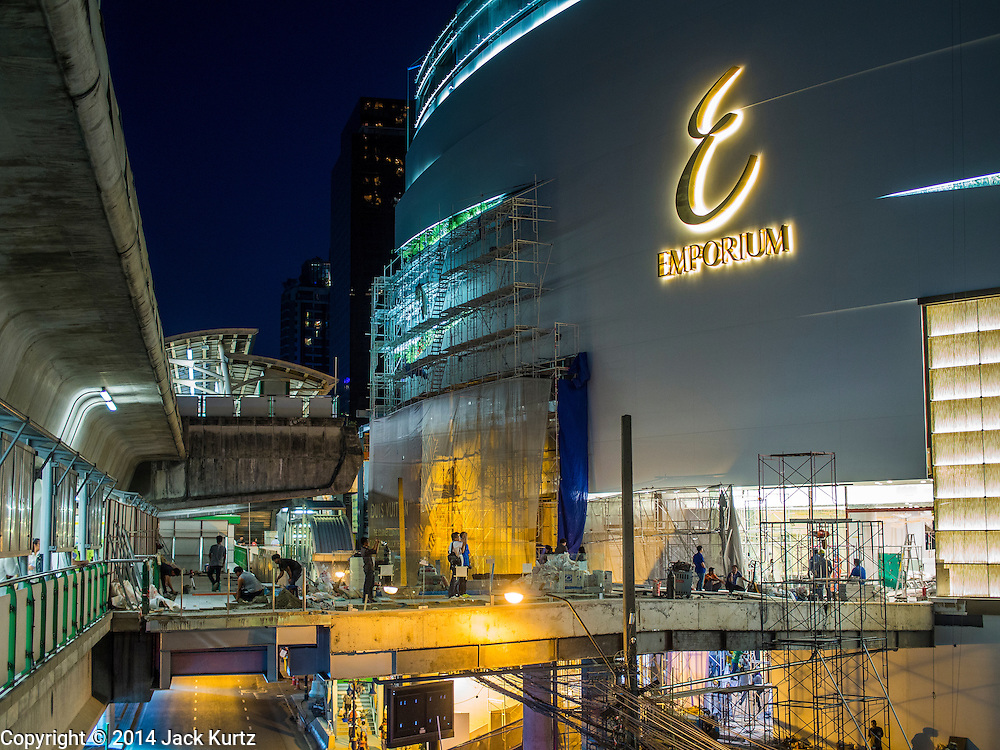