15 SEPTEMBER 2013 - BANGKOK, THAILAND: Hindus in Bangkok sing and praise Ganesha before pushing the statues of Ganesha into the Chao Phraya River on the last day of Ganesha Chaturthi celebrations at Shiva Temple in Bangkok. Ganesha Chaturthi is the Hindu festival celebrated on the day of the re-birth of Lord Ganesha, the son of Shiva and Parvati. The festival, also known as Ganeshotsav ("Festival of Ganesha") is observed in the Hindu calendar month of Bhaadrapada. The festival lasts for 10 days, ending on Anant Chaturdashi. Ganesha is a widely worshipped Hindu deity and is revered by many Thai Buddhists. Ganesha is widely revered as the remover of obstacles, the patron of arts and sciences and the deva of intellect and wisdom. The last day of the festival is marked by the immersion of the deity, which symbolizes the cycle of creation and dissolution in nature. In Bangkok, the deity (statue) was submerged in the Chao Phraya River. PHOTO BY JACK KURTZ 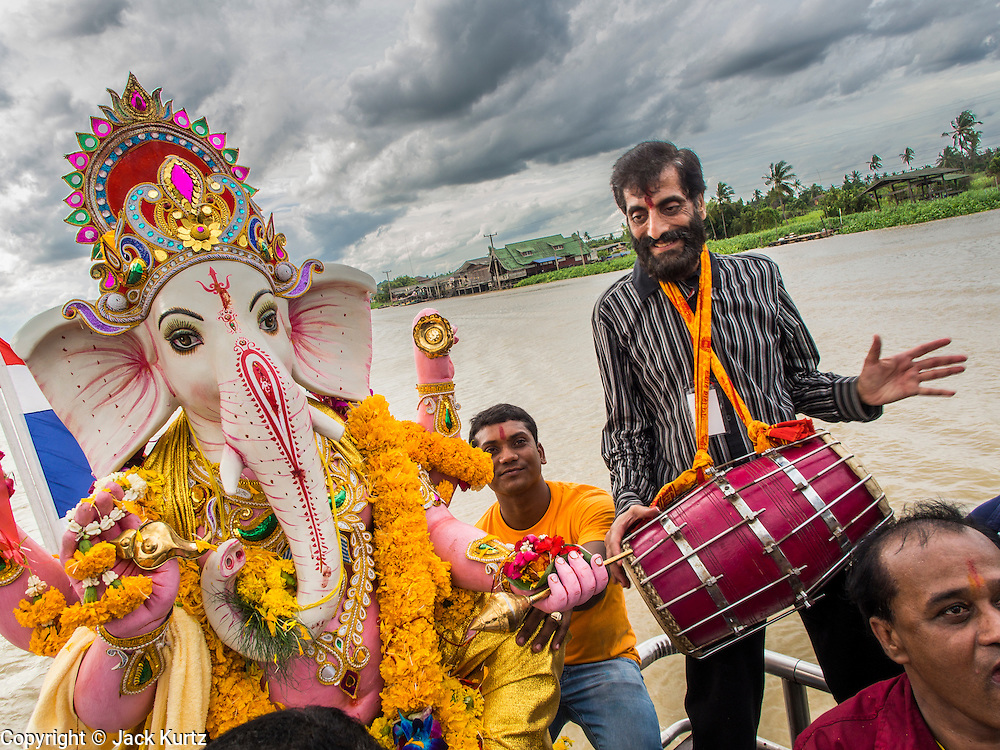