19 AUGUST 2015 - BANGKOK, THAILAND: People who lost family members in the Erawan Shrine bombing pray during a memorial service for members of a Malaysian family killed in the bombing of during the shrine's reopening. Erawan Shrine in Bangkok reopened Wednesday morning after more than 20 people were killed and more than 100 injured in a bombing at the shrine Monday, August 17, 2015. The shrine is a popular tourist attraction in the center of Bangkok's high end shopping district and is an important religious site for Thais. No one has claimed responsibility for the bombing. PHOTO BY JACK KURTZ 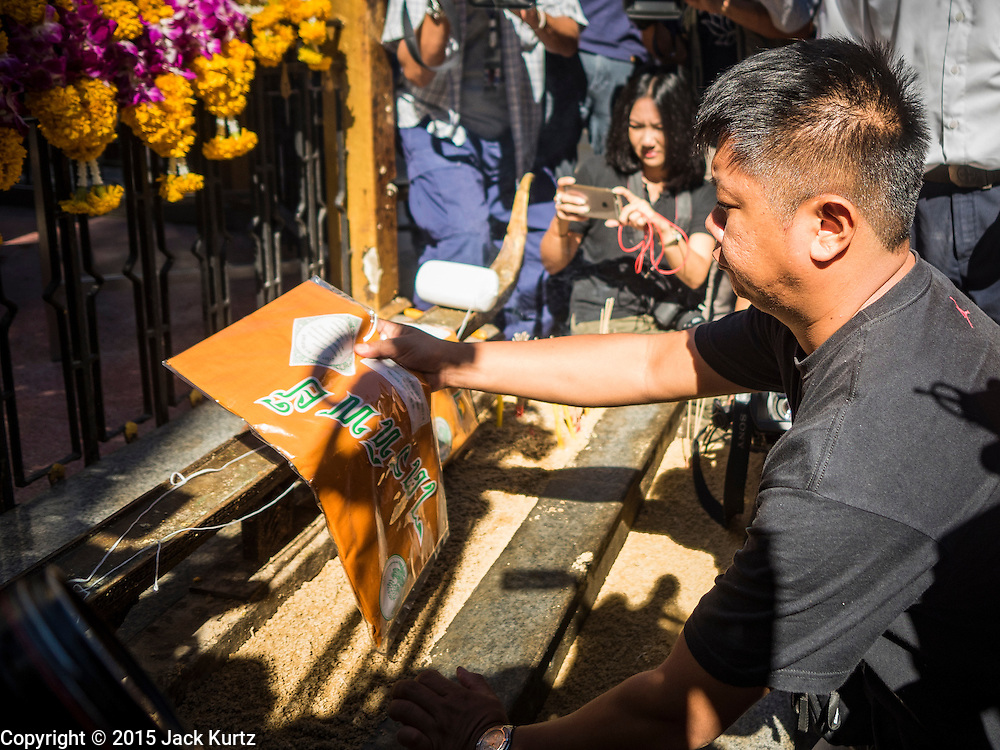