20 JANUARY 2018 - CAMALIG, ALBAY, PHILIPPINES: CHRISTIAN JAY NAAG, 4, left, his cousin, ANGELICA DENISE ALUARIN, 10, and Angelica's mother JOSIE ALUARIN, sit next to a candy stand at the Barangay Cabangan evacuee shelter in a school in Camalig. There are about 650 people living at the shelter. They won't be allowed to move back to their homes until officials determine that Mayon volcano is safe and not likely to erupt. More than 30,000 people have been evacuated from communities on the near the Mayon volcano in Albay province in the Philippines. Most of the evacuees are staying at school in communities outside of the evacuation zone. PHOTO BY JACK KURTZ 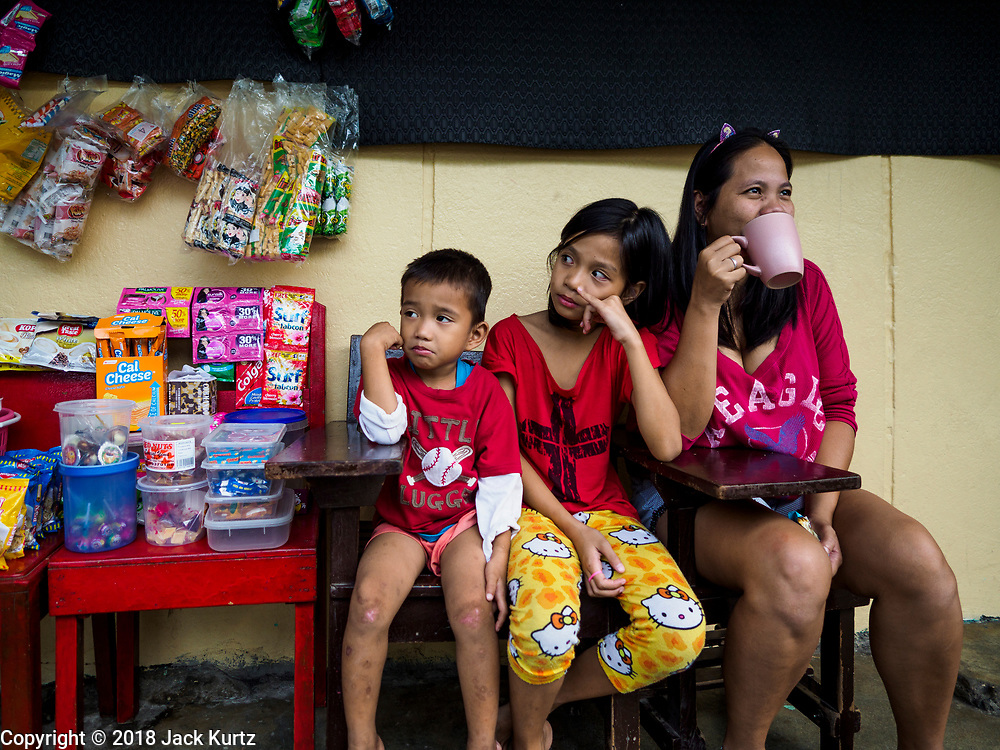