26 JUNE 2011 - CHIANG MAI, THAILAND: A woman stands under an umbrella while she waits with a group of Royal Thai Army soldiers to cast their absentee ballots in Chiang Mai Sunday. The role of the military in this election has been fiercely debated because the Army command has indicated they would not favor a victory by Pheua Thai, the leading party in this election. Absentee voting was Sunday, July 26 in Thailand's national election. The regular voting is Sunday July 3. In Chiang Mai, center of the powerful Red Shirt opposition movement and their legal party Pheua Thai, turnout was heavy despite a steady rain. Thailand's democracy will be tested in the election, which is the most bitterly fought contest in Thai political history. The Pheua Thai represents people loyal to fugitive former Prime Minister Thaksin Shinawatra, ousted by a military coup in 2006. The ruling Democrats have governed Thailand in one form or another nearly continuously since 1932. Pre-election polls show Pheua Thai leading but not by enough to rule without forming a coalition with smaller parties. PHOTO BY JACK KURTZ 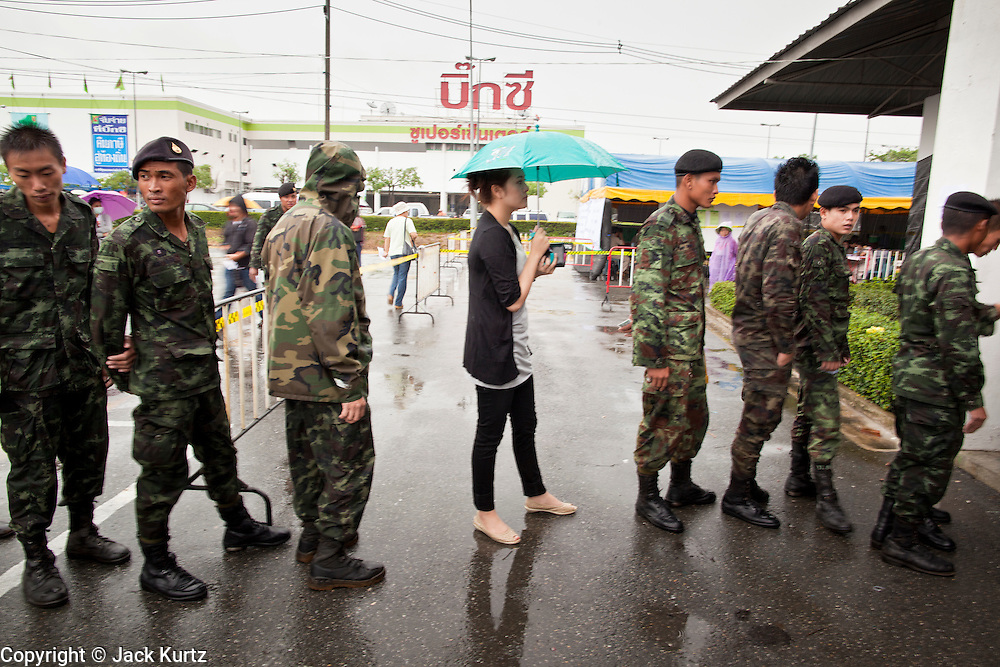