10 AUGUST 2013 - HONG KONG: A part of the Hong Kong skyline as seen from the Bishop Lei International House Hotel with the Hong Kong Catholic Cathedral of the Immaculate Conception in the center of the picture. Hong Kong is one of the two Special Administrative Regions of the People's Republic of China, Macau is the other. It is situated on China's south coast and, enclosed by the Pearl River Delta and South China Sea, it is known for its skyline and deep natural harbour. Hong Kong is one of the most densely populated areas in the world, the population is 93.6% ethnic Chinese and 6.4% from other groups. The Han Chinese majority originate mainly from the cities of Guangzhou and Taishan in the neighbouring Guangdong province. PHOTO BY JACK KURTZ 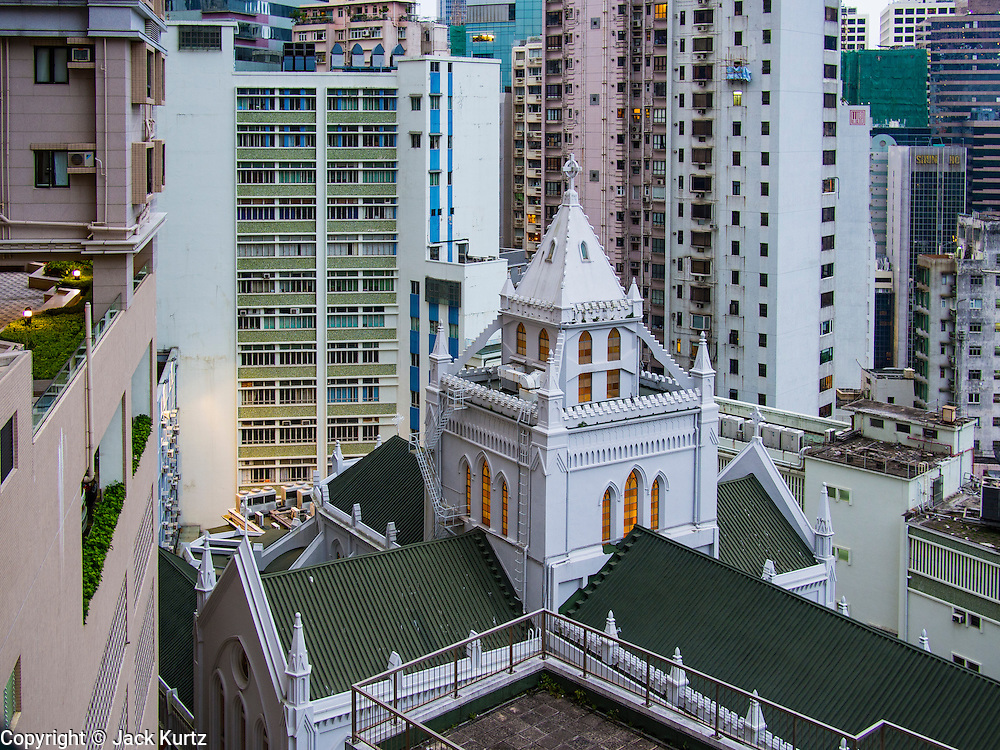