09 FEBRUARY 2012 - PHOENIX, AZ: A union members carries a flyer supporting the union at a press conference in Phoenix Thursday. About 150 people, mostly union members but also some unemployed and members of the Occupy movement, were at the State Capitol in Phoenix, AZ, Thursday to announce their opposition to Arizona Senate Bills 1484, 1485, 1486 and 1487 all of which would restrict the way public employee unions operate in Arizona. PHOTO BY JACK KURTZ 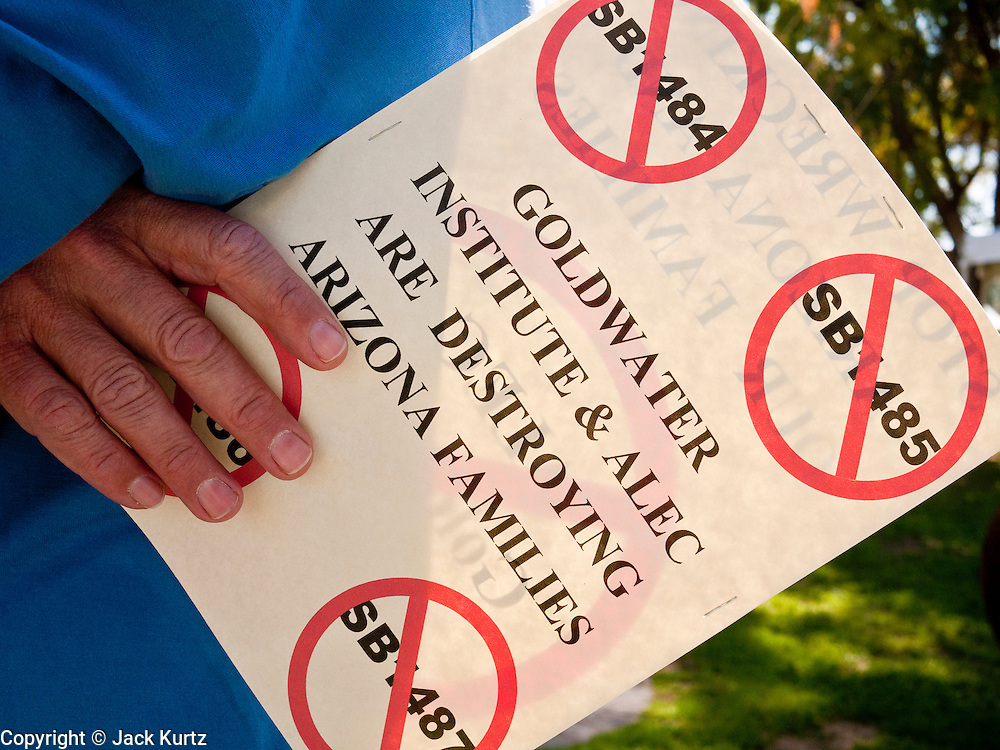