08 AUGUST 2007 -- ISTANBUL, TURKEY: Turks get off one of the ferries that brings commuters across the Bosphorus Strait between the European and Asian side of Istanbul, Turkey. Although Turkey is officially secular, well over 90 percent of Turks are Moslem. Some women in Turkey dress in Western styles, other wear a head scarf and still others wear traditional Moslem covering from head to toe. Istanbul, a city of about 14 million people, and the largest city in Turkey, straddles the Bosphorus Straits between Europe and Asia. It is one of the oldest cities in the world. It was once the center of the Eastern Roman Empire and was called Constantinople, named after the Roman Emperor Constantine. In 1453, Mehmet the Conqueror, Sultan of the Ottoman Empire, captured the city and made it the center of the Ottoman Turkish Empire until World War I. After the war, the Ottoman Empire was dissolved and modern Turkey created. The capitol was moved to Ankara but Istanbul (formerly Constantinople) has remained the largest, most diverse city in Turkey. Photo by Jack Kurtz 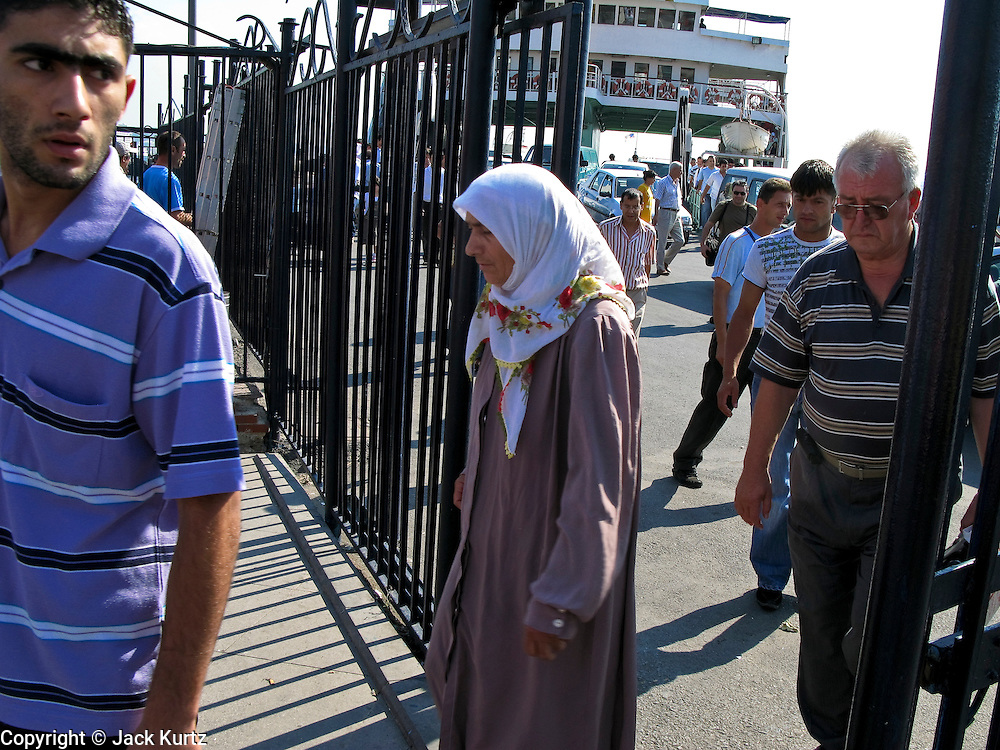