31 JULY 2015 - KATHMANDU, NEPAL: Tibetan Buddhist women pray at the entrance to the plaza around Bodhnath Stupa before joining the full moon procession around the Stupa. Bodhnath Stupa in the Bouda section of Kathmandu is one of the most revered and oldest Buddhist stupas in Nepal. The area has emerged as the center of the Tibetan refugee community in Kathmandu. On full moon nights thousands of Nepali and Tibetan Buddhists come to the stupa and participate in processions around the stupa. The stupa was heavily damaged in the earthquake of 25 April 2015 and people are no longer allowed to climb on the stupa, now they walk around the base and pray with butter lamps. PHOTO BY JACK KURTZ 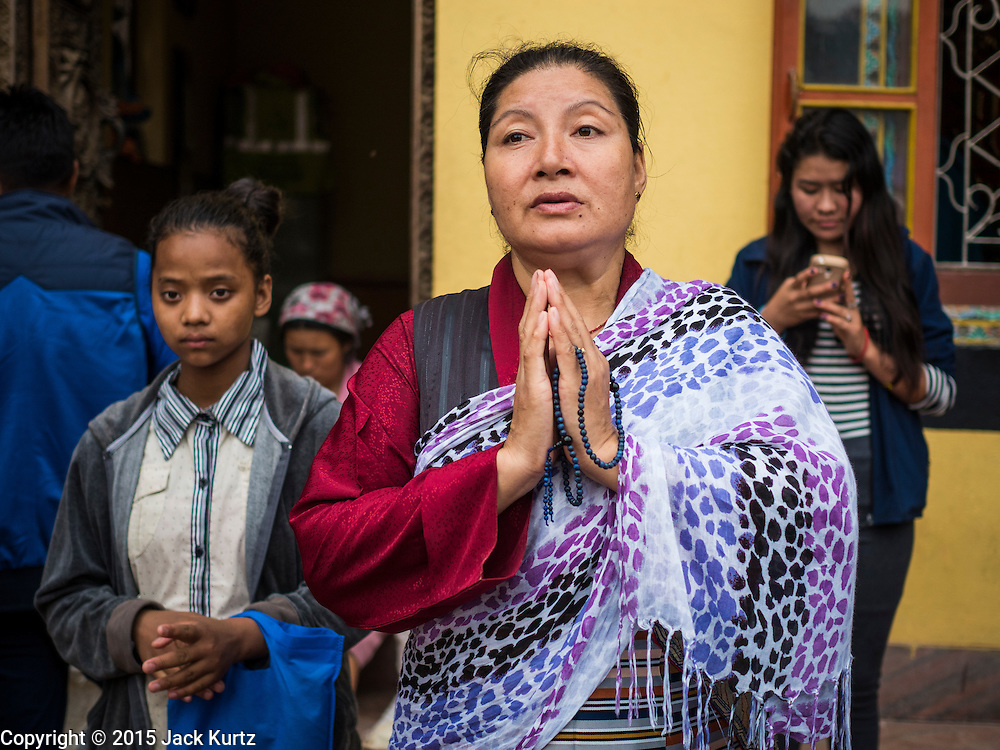