25 JUNE 2017 - BANGKOK, THAILAND: Men bang a community drum at Bang Luang Mosque in Bangkok to announce the end of Ramadan after Eid al-Fitr prayers in the mosque. Eid al-Fitr is also called Feast of Breaking the Fast, the Sugar Feast, Bayram (Bajram), the Sweet Festival or Hari Raya Puasa and the Lesser Eid. It is an important Muslim religious holiday that marks the end of Ramadan, the Islamic holy month of fasting. Muslims are not allowed to fast on Eid. The holiday celebrates the conclusion of the 29 or 30 days of dawn-to-sunset fasting Muslims do during the month of Ramadan. Islam is the second largest religion in Thailand. Government sources say about 5% of Thais are Muslim, many in the Muslim community say the number is closer to 10%. PHOTO BY JACK KURTZ 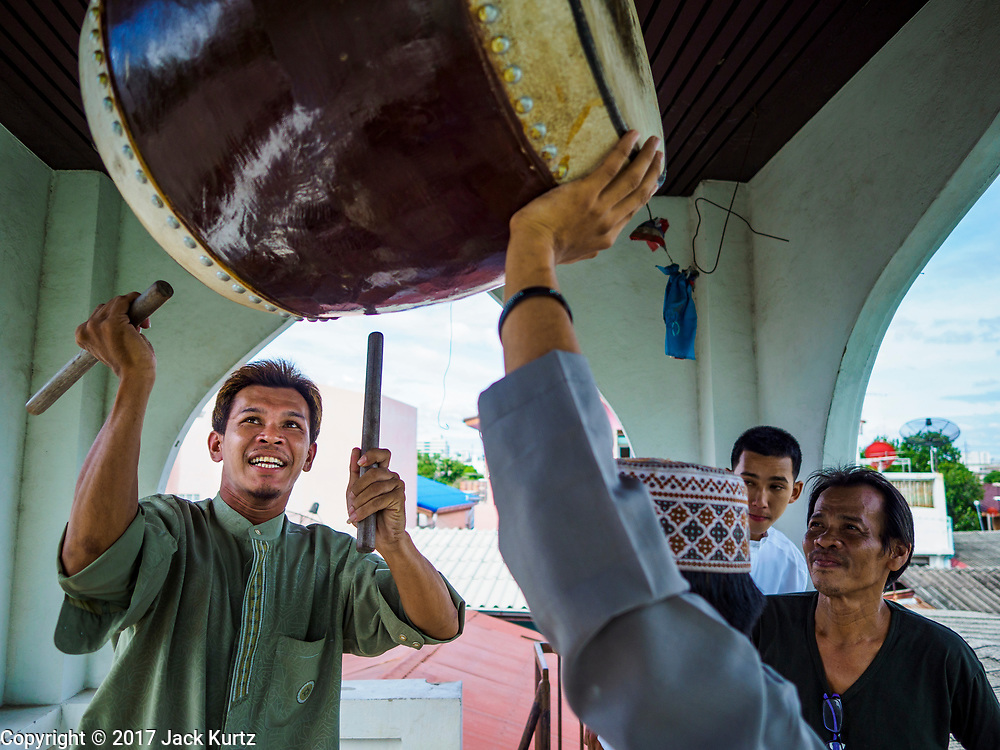