Sept. 27 - PHOENIX, AZ: DAVID, a regular client at the Society of St. Vincent de Paul eats his lunch Monday, Sept. 27. He's been a client of their lunch service for about three years. September 27, 2010 is the 350th Feast Day of Saint Vincent de Paul, also known as the "Apostle of Charity." To mark the day, the Society of St. Vincent de Paul in Phoenix served birthday cake during the lunch service. The US Census office recently announced that poverty in the US has spiked to 14.3% of the population, the highest poverty rate since 1994. Officials at St. Vincent de Paul in Phoenix said that demand for their services have increased steadily in the last three years. They currently feed about 1,100 people, either homeless or members of the working poor, every day. Photo by Jack Kurtz 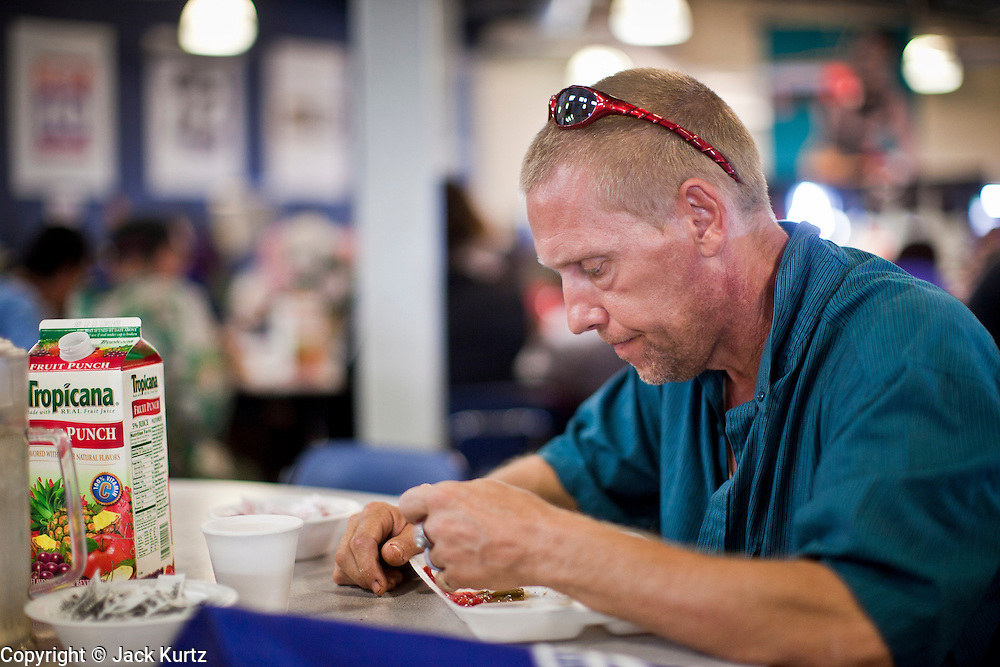