05 JANUARY 2019 - MINBURI, BANGKOK, THAILAND: SUDARAT KEYURAPHAN (pink blouse, left), the Pheu Thai Party candidate for Prime Minister of Thailand, looks at a whole deep fried pig during voter outreach at the Kwan Riam Floating Market at Wat Bamphen Nuea in Minburi, east of downtown Bangkok. The Thai government has tentatively scheduled a general election for 24 February 2019. It will be Thailand's first election since a military coup overthrew the government of Yingluck Shinawatra in 2014. Yingluck was a the leader of the Pheu Thai Party before her ouster. Sudarat was a member of Thaksin Shinawatra's cabinet. Thaksin's government was also deposed by a coup in 2006. PHOTO BY JACK KURTZ 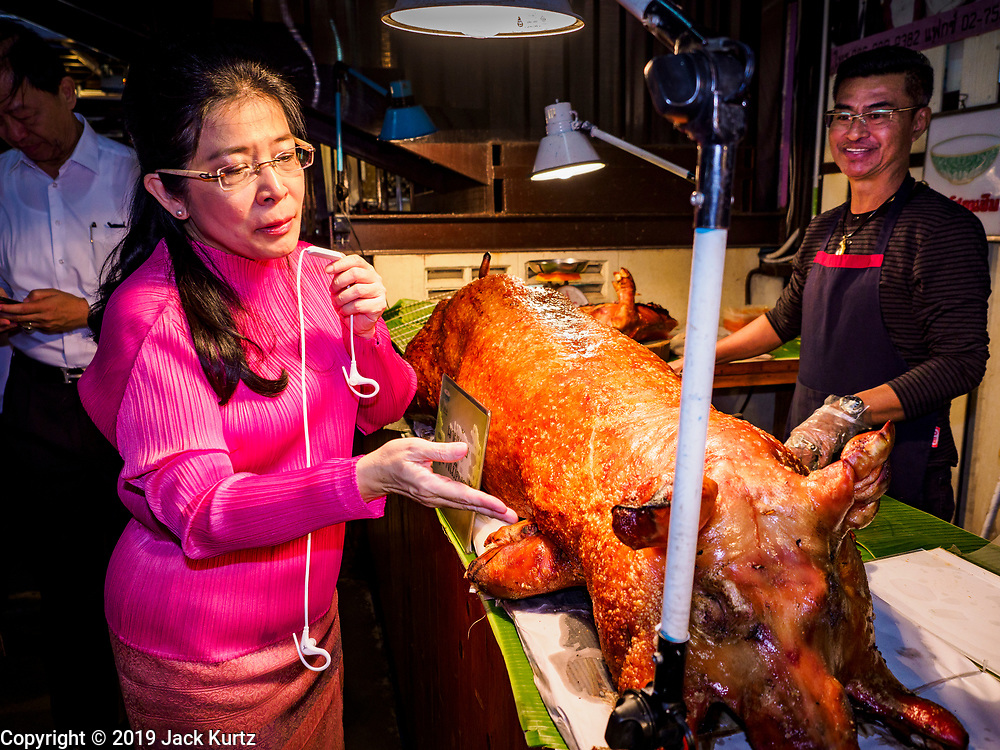