30 JULY 2012 - PHOENIX, AZ: JOSHUA KOLTER (blue shirt), a job seeker looking for an accounting job, talks to JERRY CHAVEZ, from the Minot, N.D., Area Development Corporation, about job prospects in Minot at the Phoenix Job Fair in Phoenix, AZ. Chavez said there are more than 2400 job openings in Minot, a town of 45,000 in North Dakota. The job fair was sponsored by National Career Fairs, which organizes job fairs across the US. Several hundred people attended the job fair, with some arriving hours before it started. More than 30 employers and prospective employers were conducting interviews at the job fair. There were also resume coaches and educational institutions on site. Arizona is still grappling with the recession. The state's unemployment rate is stuck at 8.2% and the Phoenix metropolitan area has one of the highest home foreclosure rates in the United States. PHOTO BY JACK KURTZ 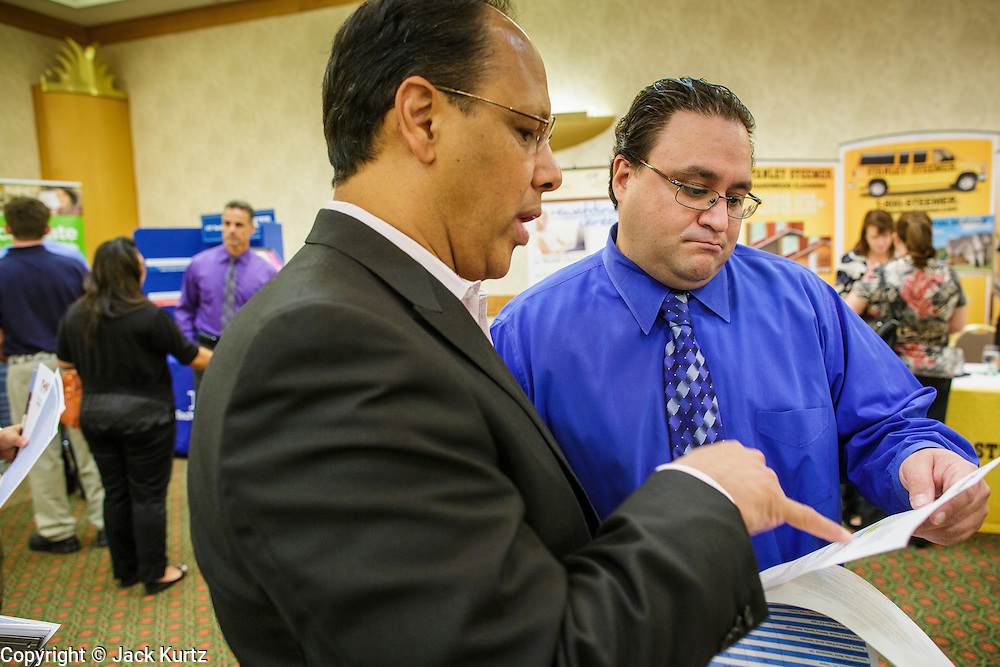