24 NOVEMBER 2017 - YANGON, MYANMAR: Muslim men wait for Friday midday prayers to start in Surtee Sunni Jumma Mosque in Yangon. Many Muslims in overwhelmingly Buddhist Myanmar feel their religion is threatened by a series of laws that target non-Buddhists. Under the so called "Race and Religion Protection Laws," people aren't allowed to convert from Buddhism to another religion without permission from authorities, Buddhist women aren't allowed to marry non-Buddhist men without permission from the community and polygamy is outlawed. Pope Francis is to arrive in Myanmar next week and is expected to address the persecution of the Rohingya, a Muslim ethnic minority in western Myanmar. Some Muslims and Christians are concerned that if the Pope's comments take too strong of pro-Rohingya stance, he could exacerbate religious tensions in the country. PHOTO BY JACK KURTZ 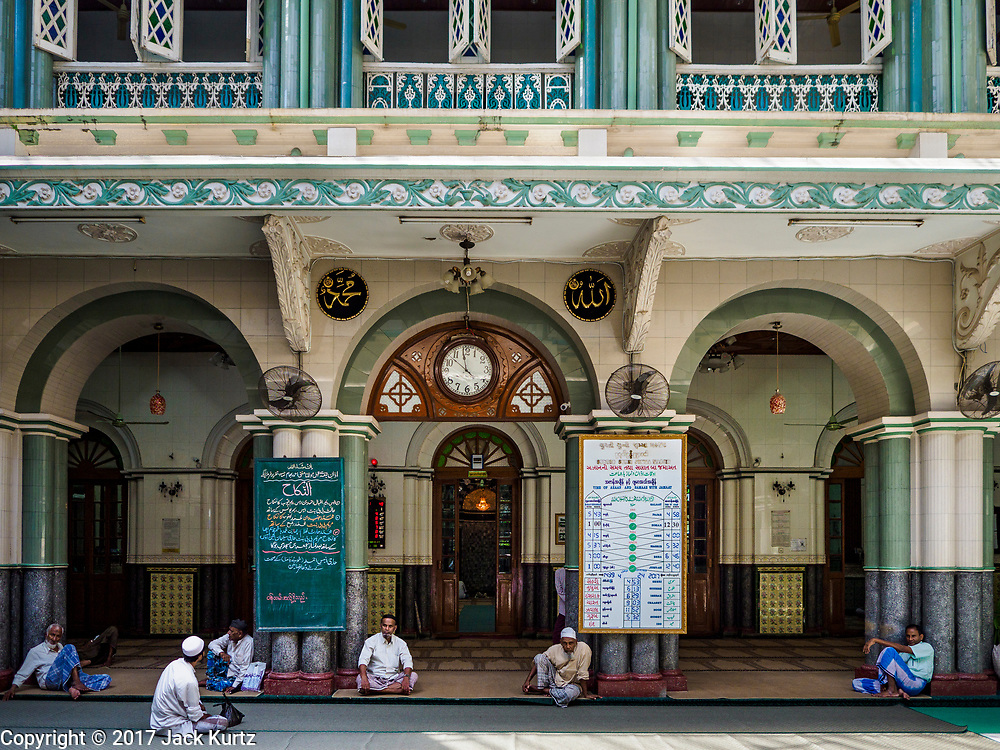