16 AUGUST 2016 - BANGKOK, THAILAND: Tourists pose for selfies at Erawan Shrine one year after the shrine was bombed in the worst international terrorist attack in Thai history. On 17 August 2015, a bomb was set off at the Erawan Shrine, a popular tourist attraction and important religious shrine in the heart of the Bangkok shopping district. According to the Royal Thai Police 20 people were killed in the bombing and 125 injured. Most of the people killed in the bombing were tourists from other Asian countries. Thai Police arrested an alleged Uighur extremist for the bombing. The case against him is still pending in Thai courts. The shrine was repaired, rededicated and reopened to the public on 4 September 2015. PHOTO BY JACK KURTZ 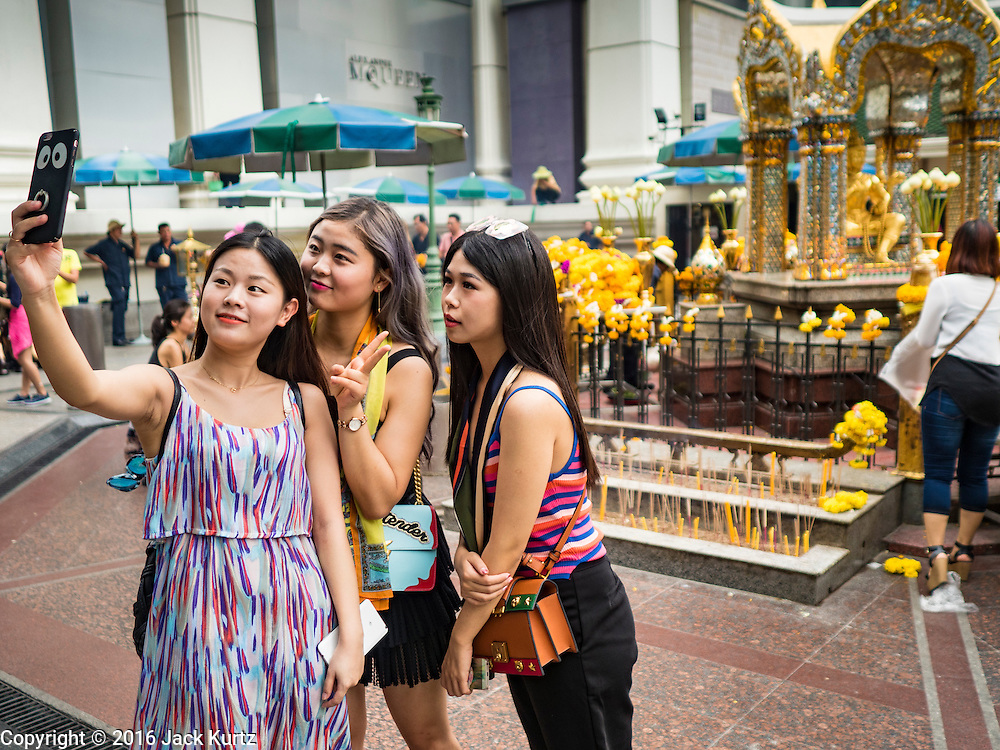