11 JUNE 2015 - MAHACHAI, SAMUT SAKHON, THAILAND: A Burmese migrant worker walks back to her apartment in a tenement building that houses Burmese migrants. Labor activists say there are about 200,000 migrant workers from Myanmar (Burma) employed in the fishing and seafood industry in Mahachai, a fishing port about an hour southwest of Bangkok. Since 2014, Thailand has been a Tier 3 country on the US Department of State Trafficking in Persons Report (TIPS). Tier 3 is the worst ranking, being a Tier 3 country on the list can lead to sanctions. Tier 3 countries are "Countries whose governments do not fully comply with the minimum standards and are not making significant efforts to do so." After being placed on the Tier 3 list, the Thai government cracked down on human trafficking and has taken steps to improve its ranking on the list. The 2015 TIPS report should be released in about two weeks. Thailand is hoping that its efforts will get it removed from Tier 3 status and promoted to Tier 2 status. PHOTO BY JACK KURTZ 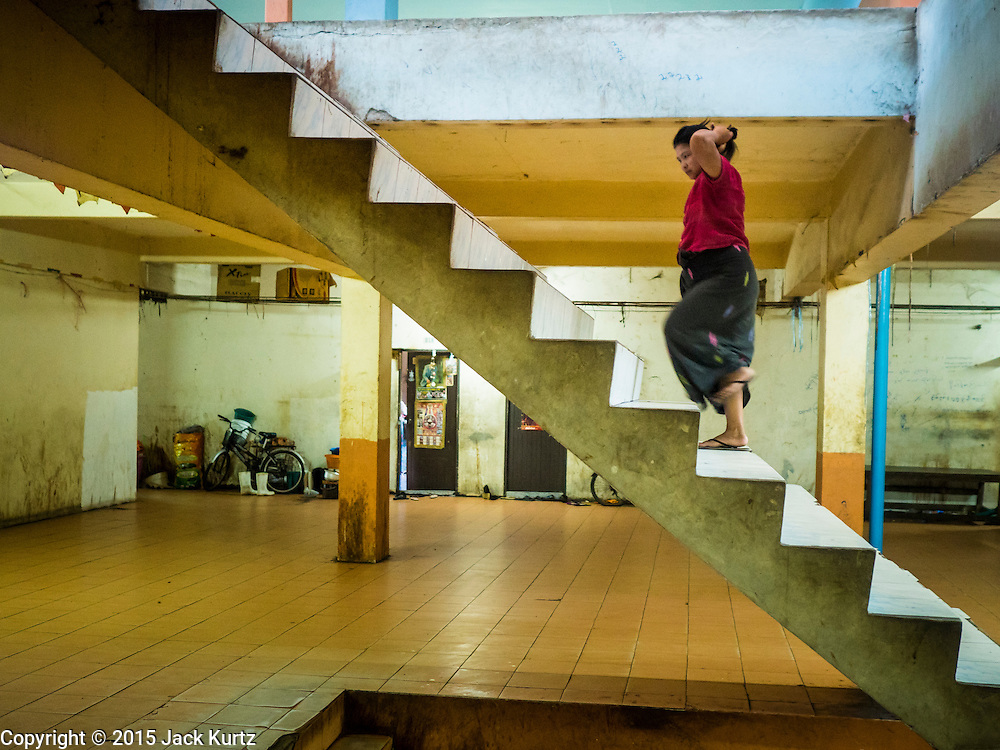